Since January 17, 2018, the border residents living in the direct line of fire along the International border across Jammu frontier are at the receiving end and have been left ‘battered’ by the constant pounding of mortar shells by the Pakistani Rangers. A total number of 13 persons including seven civilians, four army jawans, and two BSF men have lost their lives.

Braving harsh weather conditions in relief camps these ‘homeless’ border residents are struggling to survive as various state government agencies are finding it difficult to provide them basic amenities in relief camps set up across different community centres and government school buildings.

Before vacating their homes and hearths these border residents saw death and destruction from very close quarters.

Several houses were damaged in intense shelling while normal life was crippled in the entire border belt of RS Pura, Samba, Arnia, Kanachak sector of Akhnoor.

The villagers have demanded a separate township on the pattern of Jagti township constructed for migrant Kashmiri Pandits.

After witnessing cross-border firing for four long days the border guards belonging to both the neighboring countries sat down for a flag meeting on the International border with an aim to de-escalate the prevailing tensions on January 25 but failed to do so.

Indian side sent out a clear warning to Pakistani Rangers that India won’t tolerate ‘unprovoked’ firing from across the border and hit back with full force.

Due to prevailing border tension both the sides even failed to exchange sweet packets along the International border. The situation along the line of control too remained grim.

Pakistani army even targeted several Indian forward posts in Nowshera sector of Rajouri while India celebrated its 69th Republic day. One civilian was injured in the firing on residential areas.

In the absence of adequate compensation, the villagers are growing restless and cursing their own fate.

Since over 150 animals have perished in the cross-border firing several farmers claimed they have been virtually robbed of all their savings and will to stay alive.

On Saturday Chief secretary BB Vyas along with DGP Dr SP Vaid visited the border residents in relief camps. The high-level team of the state govt faced the fury of these border residents as they questioned long delay caused in sorting out issues of their rehabilitation for past several years.

“Our animals have been killed, our family members have been targeted and some of them have even lost their lives”, several border residents informed visiting ministers and senior state govt representatives when they visited them to understand their genuine grievances. “We continue to live in constant fear and under the shadow of death. We are tired now, we are only being used as cannon fodder”, the villagers alleged.

“The state/center govt is mute on fulfilling our long pending demand of sanctioning 5 marlas of land to border residents often displaced due to cross-border firing, holding a special recruitment drive for unemployed youth, organizing adequate facilities to ensure uninterrupted classes in boarding schools. These villagers on Saturday demanded a separate township on the pattern of Jagti township constructed for migrant Kashmiri Pandits.

For a long time the border residents, affected due to cross-border firing, have been demanding the construction of bunkers in and around their villages so that in the event of ‘unprovoked’ firing they can at least take shelter and save their lives.

Ironically, the same bunkers are nowhere to be seen on ground zero. Few of them constructed in the border areas of Jammu are either too few or not fit for use due to certain shortcomings.

The union govt has sanctioned construction of 14,460 underground bunkers for the security of people living close to the LoC.

In the wake of fresh firing, the union govt has now woken up from their deep slumber and sanctioned construction of 14,460 underground bunkers at a cost of over Rs 415 crore for the security of people living close to the LoC and the International border in Jammu. Until the time these bunkers are constructed the border residents would continue to face the wrath of Pakistan Rangers and suffer in isolation.

NDA govt has ‘no policy’ to deal with Pakistan: Azad

To corner the BJP led NDA government at the centre principal opposition party Congress party is at the forefront of shaming them over ignoring the plight of affected border residents across Jammu frontier.

Leading the charge from the front senior Congress leader Ghulam Nabi Azad even accused the Modi government of having “no policy” to deal with Pakistan and Jammu and Kashmir.

Alleging that Prime Minister Narendra Modi was focusing on international issues and ignoring concerns of the country, particularly with regard to Jammu Kashmir and border security situation, Azad claimed the Congress party would launch agitational path for highlighting the failures of Government and plights of border migrants in the forthcoming Budget session.

“Enough is enough, we are going to adopt agitational approach and go aggressive both inside and outside the Legislature for highlighting plights of border migrants and force the Government to take appropriate measures for ensuring their safety and welfare,”

“He (Modi) is a big man now. Issues concerning people living along borders, who are facing hard times due to Pakistan firing, are not on agenda of the Prime Minister,” Azad said adding that the incumbent Prime Minister of India was nowadays busy focussing on international issues only.

“People of J&K, particularly in five border districts along Pakistan are spending sleepless nights and suffering immensely because of heavy shelling from across the border while our PM is teaching policy matters to the United States, Britain and China etc though he has no policy for the people of India and Kashmir in particular,” the Congress leader said and sought to remind PM Modi that he had got mandate to run India not the world. 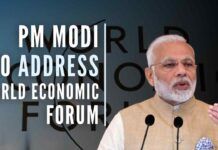 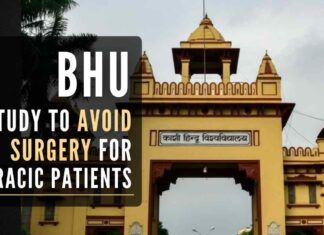