WHO ARE THE ROHINGYAS?

The Rohingya crisis needs to be understood in a historical context. In 1946, Burma requested the British to merge with India. During World War II, because of the Japanese conquest of Southwest China, Burma and North East India, some of the Muslims who were Bengali speaking got stranded in the upper Burma region bordering British India. In 1947, when Pakistan was created, Pakistani Islamic groups infiltrated Muslims in Burma to launch a terror group to fight with British Burmese authorities. But since British were too scared of the Indian National Army led by Subhash Chandra Bose, they left in a hurry by 1948 from Burma. YamaZatdaw, a version of Ramayana is the official national book of Burma. Rakhine, which has a sizeable Urdu & Bengali speaking Muslim population from Bangladesh has been one of the factions using funds from Islamic states to snatch a region of Burma as a separate Muslim homeland. Pakistan and Saudi Arabia have traditionally funded those groups until 1950. Thereafter, Qatar and some other Islamic states funded those groups. In 1964, Muslims formed the Burmese Independence Army and 1974 Rohingya Liberation Army. In 1983, Rohingyas were denied citizenship because of them using foreign funds for terrorist activities.

THE GENESIS OF ARSA

In 2016, a Pakistani Rohingya Muslim born in Karachi and raised in Saudi Arabia named Ataullah Abu Ama, creates Arakan Rohingya Salvation Army (ARSA) [1], killing 9 Burmese soldiers and other 45 civilians. They also began a program of religion-inspired rapes and destruction of Burmese women, especially Hindu, Buddhist, and forceful conversion to Islam. Buddhists and Hindus have lived peacefully in Burma for thousands of years. ARSA attacked 24 Burmese police posts and managed to kill 12 police officers, and in response, around 50 ARSA terrorists were killed by the Burmese police.

These international Human Rights organizations run concerted victimhood campaigns against the opposing non-Muslim groups without any discussion on facts.

The KhaMoungSek Massacre where ARSA attacked two Bengali Hindu Villages and raped 300 Hindu women to forcefully convert them to Islam. This has been corroborated in many reports in Burmese Press. The United Nations (UN), which has turned a blind eye to this incident needs to be indicted in the International Court of Justice (ICJ). UN appeasement of fake Islamic Victimhood Stories in many situations has aggravated the situations in those local territories. UN is partly responsible for this carnage by turning a blind eye to the majority of Hindu and Buddhist communities in Burma. BBC, CNN has published lots of fake atrocity literature on the plight of Muslims without highlighting the fact that Muslims were the aggressors in Burma. Most ARSA members are not Burmese or Bengali. They come from Pakistan, Afghanistan and Syria. Most of the Burmese Hindu women were taken to Bangladesh and forced to convert to Islam as a prize for ARSA Islamic terrorists. This attack against the Hindu villages happened on August 25, 2016. This was the main instigator. Burmese Army and Police jointly led the response to this carnage on August 26, 2016, and ARSA along with their support network fled to Bangladesh and Pakistan. Some other ARSA members were killed by BSF on Indo Bangladeshi borders. Some of those ARSA members also fled to Bengal and Kashmir whom the Indian government must extradite to Burmese authorities.[2]

Meanwhile, the Burmese authorities have a right to response; the international community has to provide more resources to the Burmese government to fight ARSA. Burmese Government has reached out to India for help but to no avail. The international media is running a fake Muslim Victimhood campaign to paint the Rohingyas as innocent. These are tough times for Burma.

The Rohingya conflict is a typical Islamic whitewashing of truth especially by the Al Jazeera channel from Qatar. The brutal truth about the Rohingya Muslims being the instigators and aggressors against the peaceful Buddhist community is being suppressed. The leftist media bought into the false propaganda of lies about Muslim peacefulness thrown by Islamic Ummah to paint all religions equally violent. It’s a convenient narrative to paint everyone as black so that no one stands out as a winner. Buddhist and Hindu faiths are really peaceful faiths on the planet with no track record of religion-inspired violence. Whereas, Islam stands out as the most violent prone faith because of its history of religion-inspired violence. Palestine, Kashmir, Afghanistan, Persia, Pakistan where one side has always had a religion focused politics and the other side is pursued logical secular politics.

Wherever Muslims are outdone by the other side, then the blame game and twisting of facts begins. In this day and age, non-Muslim faiths are called Racist, Islamophobic and other words. History has shown time and again that Muslims are unable to live peacefully with non-Muslims because of a highly communal agenda driven by their religion. Muslim groups have permeated the UN and other international bodies. These international Human Rights organizations run concerted victimhood campaigns against the opposing non-Muslim groups without any discussion on facts. They have also tactfully permeated popular media organizations such as CNN, BBC, Washington Post, New York Post and other recognized brands with oil money from Saudi Arabia, Qatar and other Islamic states.

The ultimate goal is always a separate homeland for Muslims in any non-Muslim territory. Needless to say that existing Muslim countries are unstable because internal feuds are never managed properly. Instead, international imaginary Muslim victimhood stories are fed to maintain the Islamic control of the population. This is not happening in the USA, Europe, India, the UK where these Muslims live. The Muslim Ummah has used this Islamic dissatisfaction to their advantage by allowing political leaders to be corrupt as long as there are Muslims at the top of the political decision making.

Ummah or the collective group of Quran based faith leaders, cannot be trusted to take a holistic view of any situation for non-Muslims. Non-Muslims have to be strong to thwart the designs of the Muslim Ummah.

It is time for the international community to stop believing in fake propaganda by Muslim Journalists such as Mehdi Hasan (ISI / Jihad affiliated British journalist), BBC reporters, Al Jazeera reporters, CNN reporters. The international community must also reject UN reports on Burma because those were prepared by Muslim apologists. Burma needs our intervention in a positive way by arms and funds for the Burmese Government. 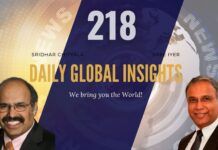 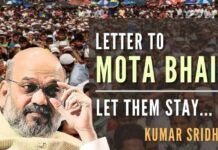 OFBJP & other NRI Organizations should first show results and let...