There’s a growing realization that PM Modi needs another term in support of his long-term agenda. This piece offers a unique view of why Modi should be re-elected in 2019.

2019 general elections are less than a year away. Prime Minister Modi is the cynosure of all eyes. He is constantly inundated with policy prescriptions and the media pages are littered with the do’s and the don’ts for the rest of his tenure. While PM Modi has been scoffed at since time immemorial, the intensity of the attacks has amplified in recent times.

BJP’s recent performances not only has given a fillip to the adventures of the opposition but have also created consternation among disgruntled elements of the Dharmic Parivar. They are upset with Modi for not having pandered to their core beliefs. As a result, two camps have emerged – one advocating the “NOTA option” impulsively and the other advancing a vacuous idea of an “alternative PM“.

Fear of losing is hanging like a Sword of Damocles over their head. If this is the case, shouldn’t the NOTA brigade be advocating for Modi more aggressively?

As far as “Alternative PM” is concerned, it can be best described as moronic.

Those who are clamouring to unseat Modi in the opposition may have accidental company in these groups.

2019 is a civilizational battle and these two camps must realize the futility of opposing Modi. Hoping better sense will prevail upon them as the election nears.

Why should Modi be re-elected?

Prime Minister Modi does not merely want to develop India, he wants to transform it. While both involve change, the transformation is foundational, long-term and warrants a radical thinking and approach. NITI Aayog and GST stand as testimony in this regard.

This is in stark contrast to how development was perceived by his predecessors.

Modi is fiercely reform-driven and progress-minded. There’s a growing realization that PM Modi needs another term in support of his long-term agenda. After all, India is larger than Gujarat and its only fair he is given more time to achieve his vision.

While measurable results are quintessential to furtherance, this piece offers a different take on why Modi should be re-elected.

Discipline is a pre-requisite for development and progress. This is true for any nation on earth.

Honesty, responsibility, patience, ownership, and accountability. A moral compass that is a bedrock of such an ecosystem.

This is what most of us yearn for in India, don’t we?

Modi is attempting to cultivate such an ecosystem at great odds.

A cursory look at some of his landmark initiatives is enough indication. Whether its Swacch Bharath, GST, Clean Ganga Campaign or Demonetization, Modi is provoking a shift in attitude and behavior of people that are intrinsic to his transformative agenda.

Such behavior permeates other aspects of life in a positive manner.

India is on the cusp of landmark transformation and Modi government’s endeavour is to address the imbalance in India’s current capabilities and aspirations. The moral compass is central to that.

A corrupt and irresponsible society can never progress and develop because of centrifugal forces acting against it. A disciplined society will benefit from centripetal forces.

Modi owns up to the Government’s duties but expects equally from the citizens. Setting right the moral compass is an inextricable part of Modi’s vision. It is subtle, yet a critical success factor for his transformative agenda.

The quest to regain past glory must be viewed holistically. The moral compass is a vital cog in the wheel of Modi’s #NewIndia. It is the unit of measure for the fidelity of Indian renaissance.

This brings us to the key question: What happened to our moral compass?

Dharampal‘s work Beautiful Tree documents India’s native Educational system which among other things, imparted dharmic values and principles. It was an enduring legacy of the 1500 years when India was a leading economic power in the World. Britishers replaced the native educational system with what is popularly known as the Macaulayan system, devoid of ideals and principles, and more in tune with the subservient needs of the then colonial administration.

As many intellectuals and commentators in the past and in the present have pointed out, British rule not only annihilated India’s economy and educational system but also destroyed our moral compass and self-confidence.

Obviously, India must regain what it lost to British perfidy.

The quest to regain past glory must be viewed holistically. The moral compass is a vital cog in the wheel of Modi’s #NewIndia. It is the unit of measure for the fidelity of Indian renaissance.  It is a much-needed lubricant to align government responsibilities, citizenship duties and social tendencies in his quest for radical change.

Quite frankly, Modi is India’s first opportunity and the ONLY opportunity in contemporary times to set right this misalignment. It is possible with a clear vision and laser focus execution. Therein lies Prime Minister Modi’s advantage.

In the larger scheme of things, it is just the beginning. The virtuosity will develop over a period of time as citizens mature and learn from interactions within the society. This will then manifest into the collective conscious of the nation and become part of the nation’s value system. It is this value system that will catapult #NewIndia.

Modi 2.0 will act as a torchbearer and is a necessity in this regard. 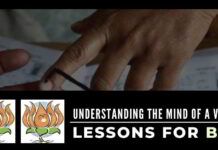 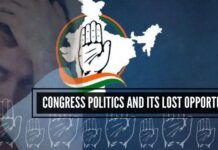