It is important for the US State Department to ban the Muslim Brotherhood, Hamas & all other Islamic terrorist organizations & their American affiliated organizations.

In a first for the United States (US) Politics, Hamas terrorists who fired rockets at women and children in Israel received support from representatives in the US Congress. The Democrats led by Rep Ilhan Omar (5th congressional district Minnesota) and Rep Rashida Tlaib (13th Congressional district from Michigan) condoned the attacks of Hamas Terrorists on the Israeli community. Both are active on social media and they supported the aggression against Israel.

In American politics, this conflict has assumed a new proportion. With two Muslim Reps, the support to Hamas within US Congress is shocking to Americans.

Further, Ilhan blamed Israel for some of the Gaza children killed by Hamas rockets, which clearly shows her blind support to Hamas terror. Both these candidates in the US Congress are supported by extreme Islamic Right-Wing organizations such as the Council on American-Islamic Relations (CAIR), Islamic Society of North America (ISNA) and Muslim Association of Students (MAS). These organizations have been inspired by (to some extent) and are connected to the Muslim Brotherhood and Hamas. The Hamas militant group is the de facto ruler of Palestine since 2007. Many prominent Muslim leaders such as Imam Tawhidi and Tarek Fatah have publicly warned Americans of their ties to extremist ideologies from the Middle East.

Also, many Democrats and Republicans have criticized their positions on Israel and Immigration. House Majority leader Steny Hoyer defended Israel’s right to self-defence against Palestinian Hamas Terrorists. Jerrold Nadler also defended Israel. The open support to Hamas is unprecedented in US Congress. The historical position of Democrats is completely weakened because of their new Muslim representatives. The silence of Nancy Pelosi is deafening in that they have capitulated to views expressed by left-wing Islamist individual members and thereby producing a dent in the traditional support to Israel within the Democrats.

Usually, people try to separate religion from Palestinian – Israeli conflict, but that is grossly incorrect. Palestinian-Israeli conflict is all about faith. The powerful State of Israel comes in the way of Islamic Caliphate in the Middle East. Palestine is a Muslim majority region, while Israel is Jewish majority country. The US was the first country to recognize the State of Israel. And USA, India, Japan are some of the strongest supporters of Israel in the international fora. Internationally, India and the USA are among the most pro-Israel countries in the world.

We must understand the middle eastern mindset to understand their actions. From early childhood, all Middle Eastern families indoctrinate their children to hate Israel and its residents. When these children grow up, they usually don’t accept the right of Israel to even exist. The logic is that the state of Israel was imposed on the Palestinian land. They say, that they love Jews but don’t like Zionism (Jewish Nationalism). Theodore Herzl is the ideological father of today’s Israel. The original civil rights leader of USA, Martin Luther King Jr. was a great supporter of Israel and Zionism. What they are essentially saying that they have a right to kill Jews within Israel.

All middle-eastern countries only want one state solution, that is, Palestine. Jordan, Syria, the current Palestinian Territories were all part of ancient Palestine as per Greek historians. Before the Greek historians, ancient Bible depicts the entire region as the Promised Land of Israel. The region has changed hands with various Kings from Roman, Greeks, Syrians and Islamists.

Palestine was conquered by Islamic caliphate in 634CE. Ottomans invaded this region, followed by British led by Indian Soldiers and then finally Nationalistic Jews in 1948. The Palestinian logic has been that Jews came from other lands but not from that land is largely unfounded because of the history of the region. Everyone in Palestine also came from Syria, Jordan and other parts of the world. With the rise of Wahabi Islam from Saudi Arabia and terrorists supported by Iran, there is a fight for ideological control over the Muslims in the current state of Palestine.

Given the history, it is important for the rest of the world to impose a solution through United Nations that provides a safe home to the people of Israel and settle Palestinians in other parts of Jordan and Syria. Otherwise, this conflict will continue because Palestinians will be used by Hamas to instigate violence. Israel has a right to defend itself, and if one state of Israel is not restored, this cycle of violence instigated by Hamas will continue. In American politics, this conflict has assumed a new proportion. With two Muslim Reps, the support to Hamas within US Congress is shocking to Americans.

It is important for the US State Department to ban the Muslim Brotherhood, Hamas and all other Islamic terrorist organizations and their American affiliated organizations. Failure to do so will result in a much worse political situation for our future generations. Democrats must overcome 2016 defeat and work more on nationalistic issues instead of turning left wing and taking the support of these type of candidates who bring the middle eastern conflict within the USA to get votes. It’s time to save the USA from these vicious ideologies. 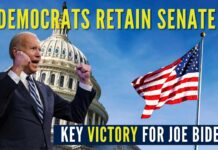