[dropcap color=”#008040″ boxed=”yes” boxed_radius=”8px” class=”” id=””]B[/dropcap]alakrishnan, the deputy commissioner of police, Triplicane, is known as an officer of integrity and honesty, rare qualities seen in modern day police bosses. What stood out during the agitation by students and youth at Marina Beach in Chennai demanding the lifting of the Supreme Court ban on Jallikattu, was the unique policing of the area under siege. Not a single untoward incident was reported during the first three days. The agitating students and youth sang paeans on this officer and his men for the excellent behaviour.

The police officials repeatedly pleaded with them to vacate as early as possible as schools were reopening and office goers commuting to their work places will be filling the roads.

On Monday morning, situation underwent a big change. The same team of police which was maintaining the law and order in the area were portrayed as villains. What caused this volte face by the demonstrators and the news starved 24X7 TV channels?

Early Monday morning, Balakrishnan and his team approached the protesters, distributed the copies of the ordinance promulgated by the Tamil Nadu government and pleaded with them to disperse from the beach since their demands have been met by the Government. The students and youth were intransigent and refused to leave the beach. They needed two hours for vacating the Marine Beach. The police officials repeatedly pleaded with them to vacate as early as possible as schools were reopening and office goers commuting to their work places will be filling the roads.

Even after pleading with them three times, the protesters refused and were adamant that they would not leave. When they were told that the police may have to use force to make them leave the area, the demonstrators turned violent and began attacking the police. All of a sudden, they started pelting stones at the police and began running towards the sea shore. One of the police men suffered injuries and he was immediately removed to the hospital in a police ambulance.

[dropcap color=”#008040″ boxed=”yes” boxed_radius=”8px” class=”” id=””]T[/dropcap]hen began the pitched battle between the men in uniform and the demonstrators who attacked the former, mark our words, with petrol bombs and sickles. From where the innocent students mobilised this many deadly weapons is anybody’s guess. The news channels have a unique selling proposition (USP) to make the people watch their bulletins. Portray the policemen and soldiers of the Indian Army as devils and embodiment of all that is evil. Whether it be Kashmir where soldiers deployed for security duties are massacred or in Chhattisgarh where the Maoists butcher the jawans of the Central Reserve Protection Force (CRPF), the media always portray the law enforcers as the villains of the piece. The same thing happened in Marina Beach and Alanganallur in Madurai on Monday morning.

They broke down the staff of the flag, threw down the tricolour, trampled it and set it on fire. Then only I understood that the Jallikattu agitation has been hijacked…

Fishermen and hired goons of the some parties and other anti-national elements who had hijacked the agitation appeared all in a sudden with petrol bombs and swords and started attacking the policemen. They made a hasty retreat as the marauding demonstrators outnumbered men in khaki. The Ice House police station was the target of the “peaceful” demonstrators and they threw petrol bombs at the police vehicles parked outside. Many vehicles were torched and the resultant fire engulfed the police station. The men rose to the occasion and saved their colleagues including many women from the blaze.

From where did the agitators got their arms and ammunitions? The police could not be blamed if they doubt the houses in the nearby fishing hamlets and the slum areas.

Uma Anandan, a social activist, who was providing essential materials like drinking water, bread and medicines to a group of activists at Marina Beach , was taken aback when she saw a gang of Islamic youth beating up an activist who had the audacity to hold a national tricolour. “They broke down the staff of the flag, threw down the tricolour, trampled it and set it on fire. Then only I understood that the Jallikattu agitation has been hijacked,” said Anandan.

More were yet to come. By Saturday night, the Jallikattu agitation had turned into a carnival… According to a woman activist, who wanted her name to be protected, Marina Beach turned out to be a bedroom for some as the streetlights were put off by the authorities. “While their colleagues raised anti-India slogans, it turned out to be a different kind of Jallikkattu,” she said.

[dropcap color=”#008040″ boxed=”yes” boxed_radius=”8px” class=”” id=””]T[/dropcap]he agitation had close resemblance with the demonstration organised by the People’s Movement Against Nuclear Energy (PMANE) under Udayakumar and his mafia at Kudankulam. The agitation along the beaches of Kudankulam happened in 2013 was being replicated at Marina Beach. Only the locations differed, the characters were the same.

Leaderless protest lost its way. It neither had the experience nor control over the developments.

What remains unasked and unanswered is why Christians and Muslims turned up in large numbers for a demonstration which they consider as anti-Christianity and anti-Islam. For Muslims, worshipping of animals is unthinkable. The same is the case with Christians. How come two communities which shun any kind of idol worship turn in large numbers to support a festival which calls for worshipping the animals? Weren’t they the same persons who staged demonstrations against the government’s alleged move to ban cow slaughter? Are they now against the slaughter of bulls?

Yet another thing happened at Marina Beach. With the police picketing getting increased pleas were sent from Marina to youngsters in colleges and universities across the city of Chennai to depute more and more students to fill the beach! A telephonic conversation between two students has gone viral..

“Jihadis, evangelists and various Christian groups hijacked the issue. The real purpose was not Jallikattu. It was a show to express anti-Modi, anti-RSS and anti-India feelings. The demand for separate Tamil Nadu took top priority in this agitation,” said an intelligence official.

By Monday evening, the agitation had fizzled out. But the statements by Raghava Lawrence and RJ Balaji, the leaders of the student who protested at Marina Beach prove that the anti-India campaign is here to stay. “The Tamil Nadu legislative assembly unanimously has passed a Law making Jallikattu legal in Tamil Nadu. But more agitations of this kind are going to happen in Tamil Nadu,” said Raghava Lawrence, an actor and youth icon.

Someone familiar with the Modus Operandi of these elements had this to say:
“The jihadi elements and Koodankulam missionaries mustered the support of an area close to beach known as Ayodhyakuppam, known for violence that too mercenary in nature. They also brought in elements from rural towns. Extreme communist elements too got into it like the May 17 group…

Largely a combination of anti Indian jihadists, paid activists of Koodankulam type, professional communists and those making a living out of trouble infiltrated the ‘movement’. Leaderless protest lost its way. It neither had the experience nor control over the developments. Some forerunners to this movement saw it very late and withdrew yesterday from the scene.” 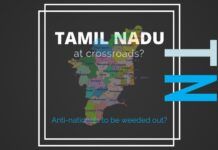 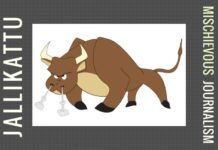 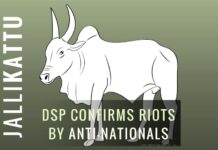 ED’s probe on Xiaomi: China calls for a fair & non-discriminatory...