Yogi Govt slashes power tariffs for agricultural use, to benefit over 13 lakh users

The Yogi Adityanath-led state government on Thursday announced a 50 percent reduction in the power tariffs for tube wells owned by farmers. As per the government estimate, the decision, to be effective from this month, will benefit nearly 13 lakh users in rural and semi-rural areas.

The move is apparently aimed at assuaging the feelings of farmers ahead of the state elections.

The CM’s office tweet tagged a picture of a newspaper advertisement announcing the relief for farmers, it also mentioned a cut in power bills for urban areas by half.

On metered connections for pumps in rural areas, farmers would be required to pay only Rs.1 per unit instead of the existing Rs.2 per unit. The fixed charge of Rs.70 per horsepower (HP) too has been reduced to Rs.35 per HP.

In the case of farmers receiving metered power supply in the urban areas, the electricity rate has been reduced from Rs.6 per unit to Rs.3 per unit. The fixed charge has also been brought down from Rs.130 to Rs.65 per HP.

The Chief Minister’s office said the decision has been taken keeping in view the ‘convenience and prosperity’ of the farmers. The sop will come into effect immediately, a government spokesperson said. 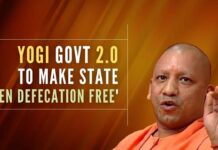 Is Doubling Of Farmers’ Income By 2022 Feasible?