Chinese handset-maker Coolpad will invest over $300 million in the country in manufacturing, research and development (R&D) and design as it launched a new smartphone — Coolpad Note 3 — priced at ₹8,999 ($139) on Friday.

The company also said it will partner with Videocon to manufacture smartphones in the country and will roll out nearly half a million devices from its facility in Maharashtra.

“The first Made-in-India Coolpad phone will be available in the first quarter of 2016,” Coolpad vice president Johnson Luo said.

“India is a very crucial market for Coolpad and we believe we will learn a lot from our investments here. We are here to bring affordable smartphones to the users,” Luo added.

Coolpad had earlier stated the investment figure as ₹300 million. Coolpad, which produces nearly 34 million smartphones every year and has $three billion revenue, had earlier launched in India with the Dazen brand name which was a partnership between Coolpad and Chinese search engine Qihoo 360.

“Dazen is no longer a part of Coolpad and has been separated due to a change in investor relations,” Luo said alluding that Coolpad’s 18% stake is also owned by Chinese giant Letv who is also thinking of launching their business in India. Dazen wiil continue to sell its smartphones in India under the same brand name.

The company, which was the first to invent dual-SIM dual standby, is betting on the 4G revolution, Indian local language support and customisations for India to push sales of its devices.

The new smartphone, Coolpad Note 3, will be launched in an exclusive partnership with e-commerce player Amazon. The device will come with a fingerprint scanner, 5.5-inch HD display, 3 GB RAM and 16 GB of internal memory. The phone, which comes with a 3,000 mAH battery, will have a 13-megapixel rear and a five-megapixel front camera.

In addition, Coolpad has tied up with HCL to support its after sales service.

Note:
1. The conversion rate used in this article is 1 US Dollar = 64.905 Rupees.
2. Some of the content is used from IANS.
3. Text in Bold points to additional data on the topic. 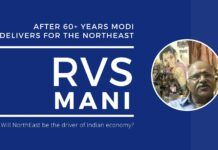 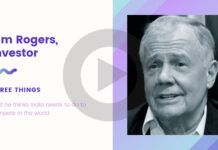