The Delhi High Court (HC) on Wednesday rejected and slammed the 2G accused persons including Shahid Balwa and R K Chandolia from making excuses on planting 16500 trees. The accused persons, who were fined for planting trees as punishment for delaying the replies to the appeals filed by the Central Bureau of Investigation (CBI) and the Enforcement Directorate (ED) in the 2G scam argued that planting of trees and nurturing them till the rainy season is expensive and that they should be relieved from nurturing trees. They said that total cost of planting of 16500 trees, fertilizers and nurturing till the rainy season amounts to Rs.6.27 crores. Rejecting their petition, Justice Najmi Waziri said that they are rich people and having fancy addresses in Mumbai.

The court said it has also passed similar direction in other matters and none of the litigants has complained that nurturing of plants was very excessive.

Some 2G accused persons were directed to plant as the penalty for failing to file on time their response on the ED and CBI’s appeals challenging their acquittals in 2G cases.  Justice Waziri said all the people are affluent and can afford the cost. The court had earlier directed Balwa, the director of Kusegaon Fruits and Vegetables Private Limited, Rajiv Agarwal, and firms — Dynamic Realty, D B Realty Limited and Nihar Constructions Private Limited — who were acquitted in the ED case, to plant 3,000 trees each in Delhi’s South Ridge forest area. It had also asked A Raja’s erstwhile private secretary R K Chandolia, Asif Balwa and Agarwal to plant 500 trees each in South Delhi [1].

However, the court agreed to reduce the number of trees to be planted by Balwa and businessman Rajiv Agarwal. Balwa and Agarwal, who were earlier asked to plant 3,000 trees, will now have to plant 1,500 trees. Advocate Vijay Aggarwal, appearing for Balwa and Agarwal, submitted that they welcome the court order for plantation of trees and were ready to comply with it but sought modification of the February 7 order to the extent of sparing them from the work of nurturing as the cost of doing it was very high.

On Wednesday, the court was informed that all the accused have filed their response to the appeals after which it asked the agencies to file their rejoinders and listed the matter for further hearing on March 26. In the plea, Balwa, Chandolia and others told the court that they had appeared before Deputy Conservator of Forests in compliance with the earlier order.

The forest officer told them that they will have to independently arrange for the purchase of trees, manure, water, engagement of contractors and labours for performing the actual task of the nurturing.  Chandolia claimed his share of 500 trees shall be Rs 19 lakh which is “extremely excessive” in nature.

He said he was a government official and was not in a position to bear such a huge cost and may be allowed to only plant the trees without being liable to nurture them. The court, however, refused to accept the submission and said that they have to take care of the plants till the monsoon season.

The court said it has also passed similar direction in other matters and none of the litigants has complained that nurturing of plants was very excessive.  The court had earlier said that the plants shall be of deciduous indigenous variety and they shall be of nursery age of three and a half years old and have a height of at least six feet. They will ensure the maintenance of trees till the rainy season. 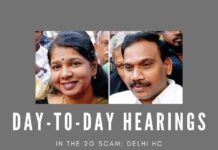 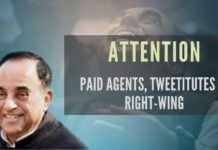 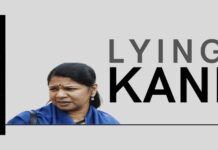 Kanimozhi lying about knowing Hindi? Niira Radia tapes expose that she is a fan of Pakistan singer Fateh Ali Khan