Even after the country’s premier organisation, AIIMS mentioned in detail about this in the post mortem report, why did Delhi Police not charge Shashi Tharoor under IPC 201?

Delhi Police on Friday assured the Sessions Court that they have considered the Vigilance Report showing the faults of the first probe team investigated the mysterious death of Sunanda Pushkar, wife of Congress MP Shashi Tharoor. The Public Prosecutor Atul Srivastava assured the Court that they will, on the petition filed by BJP leader Subramanian Swamy seeking the production of the Vigilance Report, exposing the serious misconduct and sabotage attempts by the first probe team headed by the Joint Commissioner Vivek Gogia and the then Special Commissioner Dharmendra Kumar. The Prosecutor told the Court that the current charge-sheet has taken care of all the aspects pointed out by the Vigilance Report of Delhi Police.

“He (PP) submitted that during the investigation, Initial Special Report (ISR) and Continuing Special Report (CSR) are submitted to Senior Officers regarding improvement in the investigation. He submitted that the report relied on by the Dr. Subramanian Swamy was given by DCP of Delhi Police to the Joint CP on October 7, 2016, whereas Charge-sheet was filed in May 2018 and all the shortcomings were considered, investigated prior to the preparation and filing of the Charges-sheet,” said the Order passed by Additional Sessions Judge Arun Bhardwaj, citing the Delhi Police assurance.

It must be remembered that Sunanda was found dead within hours after she declared she going to expose Shashi Tharoor and his IPL related frauds.

Taking consideration of this assurance of Delhi Police, the Court disallowed Subramanian Swamy application for the production of the Vigilance Report.

Finding serious frauds and sabotages in the Sunanda case, then Delhi Police Chief Alok Verma ordered for Vigilance Probe in 2016. What were the findings? The Vigilance found that the first probe team led by Joint Commissioner Vivek Gogia returned Sunanda’s mobile phones and laptops to her husband and Union Minister Shashi Tharoor on the next day of her mysterious death at Hotel Leela on January 17, 2014. Another finding was the crucial CCTV footages from Hotel were missing and the worst was after 10 months only the probe team handed over the bed sheet where Sunanda was found dead to the post-mortem conducting hospital AIIMS [1].

Currently, Delhi Police has charged Shashi Tharoor for forcing his wife to suicide or abetment to suicide (IPC 306) and domestic violence (IPC 498A). Delhi Police has not yet filed (but has promised the Court) Supplementary Charge-Sheet on the 12 injury marks on Sunanda’s body, found in the post-mortem report. If Sunanda committed suicide, how come she had 12 injury marks on her body? The post-mortem report clearly says that some of these injury marks appear to be injection marks by someone in an unprofessional way, citing the possibility of poison entering her body. Who did it? Sunanda herself or someone did it?

Her death was declared by 8:30 PM and witness statements show that Tharoor’s staffers and friends were frequenting the room from the morning. Then how did her suicide go unnoticed by the 3 to 4 persons who were in the room?

Another important aspect of the post-mortem report was the role of Shashi Tharoor who was sending frequent emails to doctors with fake medical certificates on the curious diseases of Sunanda. The report says one of such fake report showing fatal cancer to a sensitive part to Sunanda’s body was given by a child specialist in Dubai. This crooked activity is a fit case to charge Shashi Tharoor under IPC 201 (mislead or perjury of documents to intervene in the investigation). Even after the country’s premier organisation, AIIMS mentioned in detail about this in the post mortem report, why did Delhi Police did not charge Shashi Tharoor with IPC 201? When is Delhi Police going to answer about the 12 injury marks on her body?

Delhi Police has not yet shared documents to Enforcement Directorate which is probing on the Cricket IPL money laundering and betting in connection with Sunanda’s mysterious death. It must be remembered that Sunanda was found dead within hours of declaring that she was going to expose Shashi Tharoor and his IPL related frauds.

The Billion Dollar question is who is protecting Shashi Tharoor and diluting Sunanda’s mysterious death. 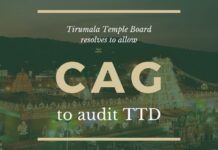 Present and Future of India’s Politics A Conversation with Prof. M...