On January 22, 2017, my article titled ‘Demonetisation: Success OR Failure’ was published in PGurus. I also expanded on it in a Seminar on the same topic at the Constitution Club, New Delhi.

I believed (and continue to believe) demonetisation is likely to be successful, but its success can be assessed objectively only over time, say by 2019 election time.

Yes, the Government originally expected a substantial amount of unaccounted money not to return. Midway during demonetisation, the Government wanted to give the black money holders an opportunity to turn a new leaf, deposit their unaccounted cash, and start declaring their income fully in future.

And there was another important reason for this strategy. If the entire money were forfeited, the owners would have no motivation to disclose. The Government wanted to identify them, to focus on them in future as potential black money holders.

Another related criticism is that most of the black money was not cash, but in other forms, like gold, immovable property, money & property in foreign lands, and property in benami names in India. They don’t realise that once the unaccounted cash holders are identified, the Government can go after their black wealth in other forms too.

All this investigation cannot happen overnight, as the number of people involved runs into millions. The process of identification of such suspicious unaccounted money & wealth information, serving them notices, getting their responses, waiting for their IT returns, assessing them, and fighting court cases where necessary, will be very long-winding. So, demonetisation is just a lead provider with evidence; just the beginning, not the end. Without it, most of the black money holders can’t be targeted.

I had also suggested in another article that, in view of the shortage of ITOs to handle such voluminous work, the Government should follow strategies like automation, Pareto analysis (80:20) and big data analysis to ‘maximise the gains of demonetisation in quick time’ without recourse to Inspector Raj. The Government is doing something very similar, and I believe the Government will take this to its logical end. All this could take a few years, but the effort will be well worth it.

True, there are some short term pains, like people having to stand in long queues, GDP suffering a dip, etc. Extrapolating the GDP of the previous quarters, the dip due to demonetisation can only be partly attributable to demonetisation, the rest being due to a sliding economy left behind by the UPA Government, mainly in the form of a large % of unchecked black economy, unrecognised NPAs in banks, falling employment, policy paralysis, etc. In the above context, one can question the timing of demonetisation, but perhaps, any timing can be questioned.

In either case, the IT earnings of the Government would increase every year. Reducing black money significantly will also lead to increased indirect tax collections. Surely, such outcomes will be better than one time pains of demonetisation.

Coming to the 100+ lives lost in queues, surely it is unfortunate, but we should compare it with the lakhs of lives that could be saved in the coming years due to increased tax collections which could be spent in healthcare, education, agriculture, etc.

On the small value of fake currency detected, we don’t expect fake currency peddlers to deposit it. Do we? On fake currency of the new notes have started surfacing early, this is concerning, and RBI and the Government should find ways to arrest it. On terror funding, though the Government claims to have arrested it significantly, this needs to be established. There can be no let-up.

On movement toward ‘less cash’ economy, the cash component of the economy has reduced, more particularly high denomination notes as % of the cash economy, which is promising. But it’s too early to say. Real estate prices have come down substantially; we have to wait and watch for how long this holds.

Lending to business to spur growth hasn’t started happening due to PSU Bank NPAs; though the latter is not a consequence of demonetisation, it is the Government which has to address both the issues. There’s lack of clarity on how much loan has been given as micro Mudra loans post-demonetisation, and how many jobs have been created. The Government should clarify.

On the larger issue of job creation, this is the biggest failing of the Government, and demonetisation has impacted it further adversely.

The actions of the Government on the political funding front, which is linked to corruption, are unconvincing. I hope the Government will take more serious steps to check this.

The Government says demonetised cash deposit of about Rs 2.85 Lakh Crores is suspect. Now, not only will it get a large part of this money back as tax and penalty, but also these black money holders would have to either come clean in future & pay taxes on their entire income or remain suspect in the eyes of the Government for ever.

In either case, the IT earnings of the Government would increase every year. Reducing black money significantly will also lead to increased indirect tax collections. Surely, such outcomes will be better than one time pains of demonetisation.

Of course, there would have been a large amount of black money converted to white through mules, which the Government may not be able to detect. But even in such cases, the black money holders would have been rendered poetic justice, as they would have paid a substantial amount of commission to the poor Jan Dhan Account holders.

Another criticism is that the pains of demonetisation are far higher than the gains. This again is fallacious. Demonetisation was like an investment. Its gains will be available in all the future years. Like investing Rs 100 one time to earn a profit of Rs 20 every year. So, counting the gains in just the first year to assess if the investment in demonetisation was worth it is short-sighted and unfair.

When a cancer patient is surgically operated, surgery surely hurts, and the recovery period is also painful. You don’t blame the surgeon for the pains, do you? 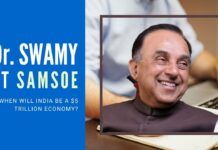