[dropcap color=”#008040″ boxed=”yes” boxed_radius=”8px” class=”” id=””]F[/dropcap]loating ‘Hindu Terror’ theory from 2008, many in Congress and Left Liberal bandwagon was creating curious theories on the two absconding accused, namely Ramchandra Kalsangra and Sandeep Dange. But all were keeping stony silence, when in 2009, a Senior Inspector Mehmood Mujawar of Maharashtra’s Anti-Terrorism Squad (ATS) had told in writing to his higher ups that the two accused were killed by ATS in the late night of 26/11.

Mujawar was suspended after a case under Arms Act and criminal intimidation was filed against him.

Mujawar was talking about his version from rooftops and no media covered it, while the UPA Government, especially Home Minister Chidambaram was reiterating that the investigators are working hard to catch the absconding Kalsangra and Dange. These two persons’ absconding was always used to deny the bail of Sadhvi Pragya and Col. Purohit in the Malegaon blasts by Congress regime.

To discredit Inspector Mujawar, he was placed under probe on frivolous departmental cases by the Congress regime in Maharashtra, after his shocking declaration of the murder of Kalsangra and Dange. Mujawar was suspended after a case under Arms Act and criminal intimidation was filed against him.

At last in mid-2016, Inspector Mujawar placed his statement before the Court and National Investigation Agency (NIA) was forced to record his statements on record, last week.

[dropcap color=”#008040″ boxed=”yes” boxed_radius=”8px” class=”” id=””]A[/dropcap]ccording to Mujawar, the so called absconding accused in Malegaon blast were in the illegal custody of Maharashtra ATS led by Hemant Karkare. On the night of 26/11 terror attack, very late night, after death of Karkare and colleagues, senior officers decided to kill Kalsangra and Dange and dumped the bodies along with those killed in the terror attack.

… final decision on the veracity of the claims made will be taken after ascertaining these and it would be informed to the special NIA court.

Now NIA has asked Inspector Mujawar, who was working with ATS those days to prove his statement. “Sandeep Dange and Ramji Kalsangra are in fact no more but are shown alive in Malegaon bomb blast case by high-ranking police officers,” Mujawar had claimed in the court last December.

The NIA officials said Mujawar’s claims would be ascertained and verified independently as both the accused are wanted in connection with the Malegaon case and the agency has announced a cash reward also for any information on their whereabouts. They said a final decision on the veracity of the claims made will be taken after ascertaining these and it would be informed to the special NIA court.

A bomb strapped to a motorcycle exploded in Malegaon on September 29, 2006, killing seven people and injuring around 100. According to the investigating agencies, the blast was carried out by right-wing extremists and 11 people including Lt Col Prasad Purohit and Sadhvi Pragya Singh Thakur are at present in jail. The state ATS, which was initially probing the case, had charged the accused under various sections of the stringent Maharashtra Control of Organised Crime Act (MCOCA) and under the Unlawful Activities Prevention Act (UAPA), Indian Penal Code, Indian Explosives Act and the Arms Act.

However, when the case was handed over to the NIA, the agency filed a supplementary charge sheet by which charges under MCOCA were dropped on the ground that there wasn’t sufficient material.

The timeline of events in the Malegaon blast exposes the classic example by Congress regime to malign Rashtriya Swayamsevak Sangh (RSS) and Hindu Right Wing groups. The ‘Hindu Terror’ theory was floated in the end of 2008 as the country was facing Lok Sabha elections in mid-2009. And all the Left-Liberal gangs parroted the Congress theory and maintained that the two accused Kalsangra and Dange as absconding to prevent Sadhvi Pragya and Army’s counter intelligence officer Col. Purohit to dump in jail.

Now it is time for NIA to bring the truth on the false propaganda floating over nine years. 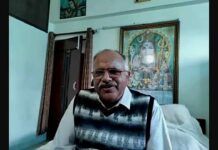 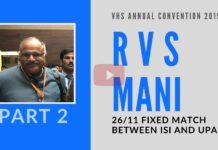