In its second time cracking down on the notorious Lottery King Santiago Martin, the Enforcement Directorate (ED) on Monday attached more than Rs.700 crores-worth market values assets belonging to him in connection with the frauds related to the conduct of Sikkim Lottery, with money laundering spanning up to the South Indian states. The ED in a provisional order, for attachment of 88 plots and 61 flats in Tamil Nadu’s Coimbatore district, has been issued under the Prevention of Money Laundering Act (PMLA) against the lottery baron Santiago Martin and his associates. Though as per official records the value of these properties shown Rs.119 crores, the market value is estimated to be above Rs.750 crores.

In earlier attachment, the ED has seized Rs.138 crores (market value of more than Rs.800 crores) assets of the controversial Lottery King Santiago Martin, who enjoys political patronage from the DMK, Congress to the Bharatiya Janata Party (BJP). His son Charles Jose Martin, who has a lot of business in Dubai was inducted into the BJP in June 2015 by none other than BJP leader Ram Madhav, who preaches morality in politics.

Martin’s son’s induction to BJP was a shock to the Tamil Nadu BJP unit as he and father were embroiled in all sorts of controversies from 2006. Due to the recommendation of Ram Madhav, Charles was inducted in BJP in Delhi’s Headquarters. This shows the power of the Lottery Kings’ family members regardless of who came to power[1].

This was the shocking photo of Charles’ induction into BJP in the presence of Ram Madhav, vetoing the state BJP unit’s objections. Now, what does Ram Madhav have to say about this?

Santiago Martin was ruling the roost till 2006 when out of arrogance he barged into a public function and misbehaved with the Chief Minister Muthuvel Karunanidhi. People say Martin got annoyed after some DMK leaders collected money from him promising some contract and as it was not happening, he barged into Karunanidhi’s function to ask him about the prospects of the promised project. After this incident, Martin became a fugitive and was later jailed. People who knew in and out of Tamil Nadu politics say, Martin had to shed a lot of money to patch up with Karunanidhi by funding a film scripted by the late DMK supremo.

Martin was also the darling of CPI(M) in Kerala. Controversies erupted when party leaders were caught for accepting Rs. Two crores from him as an investment to the party’s newspaper ‘Deshabhimani.” Though the state Congress unit was against Martin, the party’s senior leader and noted lawyer Abhishek Manu Singhvi appeared for the Lottery King.

Martin’s rags to riches story in itself is mysterious. He landed back in India in 1988 from Myanmar after working as a labour contractor. All of a sudden he became the service provider or conductor of Sikkim, Nepal and Bhutan Government lotteries using the loopholes in the law in lotteries. He faced hardships after many governments started banning lotteries by 2005 in the interest of the public. It is widely believed that Martin’s lottery business was used as a tool for turning black money into white by many powerful politicians in South India. Martin has the knack of cajoling politicians by giving them anything they want or wish. The latest was the 2015 cajoling of BJP’s ideologue Ram Madhav, say many people.  As he was pumping advertisements, media houses also kept silent on the illegalities of this notorious  Lottery King.

Martin and his company Future Gaming Solutions Pvt Ltd (now Future Gaming and Hotel Services Ltd and formerly Martin Lottery Agencies Ltd) is facing a case by the Enforcement Directorate (ED) on the basis of a Central Bureau of Investigation (CBI) FIR and charge sheet. Martin’s lottery operations are in Kerala, Tamil Nadu, West Bengal, Nepal, and Bhutan involving money laundering ranging up to Rs.20,000 crores.  His family members including wife and son are part and parcel of his all controversial money laundering businesses. 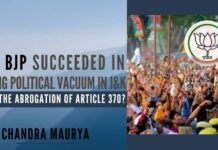