Socialite Shobhaa De has been caught royally for paid writing. PGurus had published in March 2017 an expose that her columns were prepared by controversial lobbyist Niira Radia’s team. Now she is caught for peddling Pakistan’s agenda in Kashmir after the revelation of Pakistan diplomat Abdul Basit.

PGurus had written about the role of Niira Radia’s team in preparing her columns in the Times of India in 2009[1]. Till date Shobhaa De has not uttered a word on this expose about her paid writing/ pushing the agenda of Corporates. In the leaked tapes, Niira Radia’s talks with her Vaishnavi Communication staffers Srini and Manoj Warrier reveal that her articles are paid ones or pushed ones or vetted by Radia’s team. The conversations also gives an impression that Shobhaa De made some goof-ups in articles vetted by the Radia’s team. These talks give an impression that Shobhaa De’s article praising of Mukesh Ambani’s big home was vetted or written by Radia’s team. It also gives an expression that this article was nothing but paid news.

Another interesting fact that comes out from the conversation between Radia and staffers was that Shobhaa De was trying to get in touch with Ratan Tata and Niira Radia was blocking her attempts.

The staffer Manoj had a fight with Shobhaa De for some comments in her articles praising Mukesh Ambani’s new home. She tried a “monkey balancing act” in the article and it ended up as carelessness in the editing. However, Niira Radia pacifies the staffer and made him apologize to Shobhaa De for firing her. Niira Radia tells the staffer that in her heart Shobhaa De don’t like Niira Radia as she was preventing her for the past eight years to get close to Ratan Tata. The relevant conversations in the Niira Radia tapes about Shobhaa De are published at the end of this article.

The fun part is that at some point Srini says Shobhaa De is a trash writer and a total sham and Niira Radia pacifies him that she is our person and how she (Niira) manages Times of India’s Vineet Jain to maintain her column. This shows that Niira Radia pays to Times of India also for maintaining Shobhaa De’s trash columns.

It is a known secret in the media world that the genre of writers of Shobhaa De’s ilk are used by Corporates to push their agenda. By mid-2015, Shobhaa De even started writing columns on Indian banking and argued for a three-year extension to “sexy” RBI Governor Raghu Ram Rajan! One wonders as to who might be behind this campaign!

But this time, Shobhaa De has to explain a lot more for arguing for plebiscite in Kashmir, which is nothing but Pakistan’s agenda. Pak Diplomat Abdul Basit says how he managed Shobhaa De to write like this. Facing the heat, Shobhaa De cries that Basit is lying and that she is a patriot! These crocodile tears are not sufficient for this uncouth columnist to prove her patriotism.

Last but not the least – Why is the Times of India allowing this irresponsible lady to publish such trash columns? Is someone paying Times of India for publication of these nasty columns of Shobhaa De? Niira Radia tapes expose that from mid-2000, Shobhaa De’s many columns were vetted or prepared by the controversial lobbyist’s team. Time of India owners Sameer and Vineet Jain must explain the reason for publishing this un-trustworthy lady’s column.

The conversations in the Niira Radia tapes about Shobhaa De’s columns are published here:

Transcript of the conversations

Shobhaa De by PGurus on Scribd 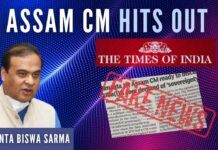 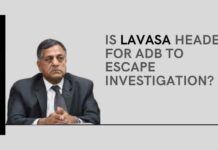 Kerala is on the boil