This news item was carried by National Herald and has since been pulled down from their site.

Jihadi-Communist propaganda has once again brought shame to the Indian community abroad – this time in Germany. Their act tainted the country’s image during Indian Fest, a culture/food festival organised by the Indian Consulate in Frankfurt on August 31. The Jihadi-Communist gang was exposed after the organisers came out with the truth about serving beef at the fest and ‘police action’ that followed.

A day after the fest, a vested group of Malayalis and Jihadi-Communist media in Kerala started spreading fake news, saying Kerala Samajam Frankfurt’s effort to serve beef at the fest was opposed by some North Indian groups and the German Police ‘chased those protesters away’, shouting ‘this is not your country’. This despicable lie was peddled by Jamaat-e-Islami-backed MediaOne, Communist mouthpieces Kairali and Deshabhimani, online media like DoolNews and Azhimugham funded by foreign NGOs, former CPI-M MP Sebastian Paul’s SouthLive, and mugged up by left-leaning Kerala media Keralakaumudi and Mangalam. Taking a cue from the Kerala counterparts, Congress Mouthpiece National Herald Online[1] also was at the forefront in spreading this fake news at the national level. As this fake news spread on social media, Kerala Samajam Frankfurt denied any such outrage from a North Indian group, German police’s intervention or the consulate’s clampdown.

It is deplorable that Communists tried to create disharmony among the Indian community in Germany when the issue was solved amicably well before the fest.

As protest from Malayalis in Germany against the false narrative intensified, MediaOne, Kerala Kaumidi, SouthLive retracted their story. Others who have not done so have been warned of legal action.

Statement from German Malayalis on the issue:

A section of ‘Kerala Samajam Frankfurt’ has shamed Malayalis in front of Indians in Germany and also brought a bad name to all the Indians in front of the International Community by spreading fake news. The Indian Consulate wanted to showcase the diversity of cuisines through the Indian fest. Food stalls from several states, including Gujarat, Tamil Nadu, Karnataka, Maharashtra and Andhra Pradesh, were set up. The intention of Indian Fest was to showcase traditional Indian foods since it would attract people of all faiths and beliefs, to be sensitive and respectful towards others.

However, the Kerala Samajam brought out a poster two days before the fest, featuring Beef and Kerala porotta. Few individuals expressed their concerns about this and took up the issue with the Indian Consulate. After consulting with the consulate and Friends of India organisation, the Samajam dropped beef from the menu. Consular General Pratibha Parker appreciated the gesture and thanked Samajam president Ajax Muhammed on his update in this regard on his Facebook page. Some Malayali Association members brought put placards and protested much after Indian Fest concluded peacefully.

No untoward incidents happened during the fest. But some vested interested people in the Kerala Samajam created a false narrative, thereby denigrating all Malayalis in Germany. Jihadi-Communist media went on to create disharmony among people. ‘German Police drove away North Indian crowd that tried to stop Kerala stall from serving beef,’ they said in their stories, manufacturing a discord among the Indian diaspora for petty political propaganda. But no beef was served in any stalls. Hence the question of protest does not even arise. Nor then was police’s intervention required. Samajam representatives have used their political bias to shame the larger Malayali community in Germany. Videos debunking the beef theory are already in circulation.

It is deplorable that Communists tried to create disharmony among the Indian community in Germany when the issue was solved amicably well before the fest. Other Malayali Associations and other States associations have registered their disappointment over the despicable act of dragging a beautiful event through unnecessary controversy.

[1] North Indians protests against serving of beef in Germany, police say this is not your country to hold protest Sep 4, 2019, NationalHeraldIndia.com 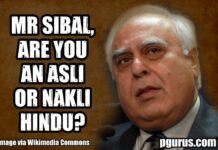 Kapil Sibal and the beef trade -Is he an Asli or Nakli Hindu? 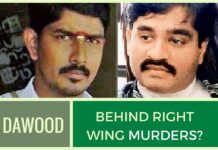 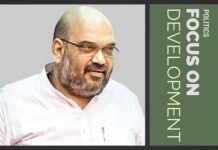