[dropcap color=”#008040″ boxed=”yes” boxed_radius=”8px” class=”” id=””]S[/dropcap]enior Congress leader and former Sadar-e-Riyasat Karan Singh agrees with the suggestion that Jammu & Kashmir is essentially an artificially-constructed entity. He tells renowned author Francois Gautier that “It (Jammu & Kashmir) is the exact replica of what was Tito’s Yugoslavia before it was broken in parts, or the Austrian empire, which was an amalgam of different States. All empires are artificial. Look at the one Alexander created, or Ashoka’s empire, or Charlemagne’s… Often, they are also governed by non-local rulers. Even my family was non-Kashmiri”.

…Jammu & Kashmir came into being by a quirk of history in March 1846 and there is nothing whatever that is common between the three regions of the state.

To make his point clear, Karan Singh said: “By treaty, conquest, or inter-marriages, they created a State comprised five major units, which are fundamentally very different from each other in terms of geography and ethnicity. The territory around Gilgit, which belongs basically to Central Asia; Ladakh, which is an extension of Tibet; what is today under Pakistan’s control around Muzaffarabad, which is Punjabi Muslim; Jammu, which in essence belongs to Himachal Pradesh; and finally the Valley of Kashmir, of course, which is Indian Muslim at 95 per cent and also belongs to the Kashmir Pandits before they had to flee”.

As for the internally-displaced Kashmiri Hindus, Karan Singh tells Francois Gautier that the miniscule minority of Kashmiri Hindus never tried to capture political power in the Valley. “They were only the babus, the secretaries, the teachers; there might have been some exploitation, but on the whole they lived peacefully with the Muslims,” he said.

Karan Singh is right when suggests that Jammu & Kashmir is essentially an artificial-constructed entity. Indeed, Jammu & Kashmir came into being by a quirk of history in March 1846 and there is nothing whatever that is common between the three regions of the state. Had the Lahore Kingdom not suffered a defeat at the hands of the British imperialists, there would not have been the March 9, 1846 Treaty of Lahore between the victorious British and the defeated Sikhs. Similarly, had there been no Treaty of Lahore there would have been no Treaty of Amritsar on March 16, 1846 between the British and Raja Gulab Singh of Jammu under which Kashmir became part of the Dogra Kingdom of Jammu. And had there been no Treaty of Amritsar there would not have been any Kashmir problem. By Kashmir problem, this scribe means a serious sectarian problem in the Valley – problem created by the protagonists of the pernicious two-nation concept and those who have been at the helm in the state since October 1947, when Maharaja Hari Singh exercised his constitutional authority and linked the fate of the state with India.

[dropcap color=”#008040″ boxed=”yes” boxed_radius=”8px” class=”” id=””]K[/dropcap]aran Singh also hits the nail on the head when he says that the hard-line Sunnis of Pakistan have been playing mischief with a view to vitiating the socio-religious and political environment in Kashmir, but he refuses to acknowledge that they have succeeded in their game plan to an extent. “Kashmir has always been inclusive of all religions… Vashnavism was born there, Sufism flourished there, the hard-line Sunnis of Pakistan have tried to change all this, I don’t think they have succeeded, as today the Kashmiri Muslim is still more tolerant than his Saudi or Pakistani brother”.

Indeed, the reorganisation of Jammu & Kashmir is a national requirement and exigency of the time.

It is difficult to appreciate the formulation that “Kashmiri Muslim (belonging to a particular religious sect–Sunni) is still more tolerant than his Saudi or Pakistani brother”, but one can understand his compulsion. After all, he himself claims that he is an “elderly statesman” and everyone knows that statesmen have their own way of expressing things. In the instant case, he, however, hardly minces words when he talks about the “hard-line Sunnis” of Pakistan. The only difference is that he expresses his view in a highly sophisticated manner.

Karan Singh also has a solution for Jammu & Kashmir. He, according to Francois Gautier, said: “Since 1947… Pakistan has fought four wars to regain Indian Kashmir, five, if you include the proxy war they are waging on us today. In my opinion, I don’t think they will ever succeed. The only solution is a European type of Union in the sub-continent. Look at France and Germany. They fought three wars over two centuries; France even fought a 100 years war with England and they are still bickering at each other over the European Union, or the Euro! We only have been at it for 60 years. A Europe-style union is a logical thing today. We could have a single rupee in South Asia, no borders, free trade… And a united Jammu & Kashmir”. Earlier, Karan Singh had suggested merger of Jammu with Himachal Pradesh, but he didn’t work for it.

The solution as he puts forth is not workable. India and Pakistan are not Germany and France. Nor are India and Pakistan England and France. India believes and practices an ideology Pakistan hates and Pakistan advocates an ideology that is regressive, exclusivist and sectarian. Karan Singh would do well to rethink taking into consideration the irreconcilable contradictions between the two philosophies – Indian liberal and all-accommodating philosophy and Pakistani exclusivist philosophy. The solution to the communal problem in Kashmir lies in the reorganisation of Jammu & Kashmir State on regional, as opposed to religious, lines. Since internally-displaced Kashmiri Hindus are the original inhabitants of the land of Vitasta and Rishi Kashyap; they too have a say. They need to be given a dispensation that, on the one hand, secures their lives, and, on the other, manage their own affairs themselves in a meaningful manner.

Even otherwise, Jammu & Kashmir cannot be maintained as a single political unit considering the fact that all or nearly all Kashmiri leaders have been describing Pakistan a factor in the Kashmir’s political situation and endorsing “Azadi for their nation” one way or the other. And some of them include Syed Ali Geelani (Tehrik-e-Hurriyat), Mirwaiz Umar Farooq and Abdul Gani Bhat (APHC), Yasin Malik (JKLF), Shabir Shah (JKDFP), Mehbooba Mufti (PDP) Farooq Abdullah and his son Omar Abdullah (NC), Ghulam Ahmad Mir and Saif-ud-Din Soz (Congress), Mohammad Yousuf Tarigami (CPI-M) and Syed Salahuddin (Hizbul Mujahideen).

Indeed, the reorganisation of Jammu & Kashmir is a national requirement and exigency of the time. If it was not done, the best opportunity for any action in Kashmir would be lost for ever and Jammu and Ladakh would also turn Kashmir. And if it happens, the very unity of India would be at stake.
Note:
1. The views expressed here are those of the author and do not necessarily represent or reflect the views of PGurus. 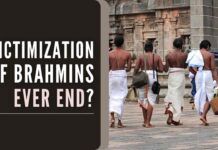 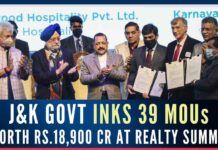