[dropcap color=”#008040″ boxed=”yes” boxed_radius=”8px” class=”” id=””]I[/dropcap]t has been understood for a while now that the defence sector could give the much-needed boost to Prime Minister Narendra Modi’s ambitious Make-in-India campaign. India is amongst the world’s top spenders on defence and also a top importer. Realising the massive potential that lies in this sector, PM Modi had laid down his vision to make India a global hub for defence manufacturing and exports. To this end, the Modi government had also allowed 100 per cent FDI in the sector last year.

There was much speculation about which fighter plane would get chosen to complement the needs of the Indian Air Force.

In accordance with domestic-production plans and as the Rafale deal was curtailed to a miniscule 36 planes (an average squadron is between 18-22 planes), albeit with a lot of other takeaways that made it a sweet-deal, Defence Minister Manohar Parrikar soon made it clear that the Air Force’s need for another 150-200 planes would be satisfied with a Make-in-India fighter with foreign assistance. Almost immediately, SAAB, Lockheed and Boeing offered to setup a fighter line in India.

There was much speculation about which fighter plane would get chosen to complement the needs of the Indian Air Force. In fact, I had previously mentioned how the Boeing F/A-18 would have a leg up in the competition as it also boasts of a Naval version, while SAAB, according to certain media reports, was working on a Naval version called the Sea Gripen.

This speculation has now narrowed down to a race between the SAAB Gripen and Lockheed F-16 after Defence Minister Manohar Parrikar recently told the media that the plane to be chosen would be a single-engine fighter.

[dropcap color=”#008040″ boxed=”yes” boxed_radius=”8px” class=”” id=””]T[/dropcap]his should also put to rest any speculation of future Rafale purchases and clearly defines the strategic nuclear-strike role the 36 Rafale planes would play. Being nuclear capable (currently only the Jaguar and Mirage are assigned that role in the IAF, although the Su-30MKI could be easily modified to that role) and being armed with Beyond Visual Range Air-Air Missile and Long Range Air-Ground Missiles, these would form part of our strategic deterrence, as some fighters would be under the operational command of the Strategic Forces Command (SFC). This is not to say that India’s deterrent in the sky would be limited to a single fighter.

The American move to grant India “Major Defence Partner” status could allow this.

Returning to the single-engine fighter programme, a tough challenge now lies ahead for the Indian authorities. Between the Lockheed F-16 Block 70 and SAAB Gripen-E, the Indian government, it seems, could favour the US giant as it would want to sign a deal with a government rather than a company in order to secure a governmental guarantee for the project.

The American move to grant India “Major Defence Partner” status could allow this. Although, to reiterate what I wrote earlier, it could also be a stepping stone towards India becoming a partner in the disastrous F-35JSF project (also Lockheed) as that project desperately seeks new partners to bail it out. Note that while SAAB and Boeing have both hinted at helping and partnering India to develop its own stealth Advanced Medium Combat Aircraft (AMCA), in order to influence decision towards their fighters, there has been no such indication from Lockheed.

India must not only choose wisely for its single-engine fighter needs, but must also look towards the future at a time when the President-elect of the USA has hinted at a revival of the F/A-18 fighter project (deficiencies with the F-35?) while Boeing has been pitching new and improved fuel tanks, avionics, the works!

[dropcap color=”#008040″ boxed=”yes” boxed_radius=”8px” class=”” id=””]T[/dropcap]he government also needs to focus on the needs of the IAF in the 2030s. The fate of the Indo-Russian FGFA is still undecided, the indigenous AMCA awaits a suitable engine and there is only so much an upgraded Su-30MKI alone could do in the medium-heavy segment (unless it is produced in far greater numbers). On the plus side, Parrikar has increased the serviceability of the existing Sukhois to 63 per cent, proving naysayers of Russian technology wrong and showing that political will was all it took. Currently both nations are in talks to setup a logistics hub to improve fighter aircraft availability in India. This would benefit the entire fleet of Russian origin fighters in IAF service and also the MiG-29K in Naval service.

Under no circumstances does the future of Indian air power look meek.

Another question that might be answered with this logistics and aircraft availability deal would be the future of the Air-wing of the Indian Navy. Ever since it was made clear that the LCA-Navy will not be used in Naval service and would be developed as a technology demonstrator (possibly for future AMCA-Navy production), questions have been raised on what would arm India’s upcoming Indigenous Aircraft Carrier-I and IAC-II.

While it was initially suggested that the IAC-I would be armed with a complement of MiG-29Ks and LCA-Navy, and that the IAC-II would not feature the MiG-29Ks at all, this could change. The MiG-29Ks would most likely be the only aircraft arming the IAC-I with improved serviceability after the logistics and aircraft availability deal. Any possible development of a naval version of the Gripen is a long way from now and there’s no news of any development of talks between India and France regarding sales of Rafale-M to the Indian Navy.

Speculation still remains regarding the IAC-II (expected in service by 2030) and what aircraft it would carry. This, however, cannot be answered now as there remain too many factors to be decided. For example, if US technology is used to make a catapult launch system, then would the US allow its technology to be used to get non-US aircraft airborne or will India be forced to go with US designs which, unless there’s a new development, could mean going for the F-35?

Or would India develop its own launch systems with help from the Russian ‘Shtorm’ project and be free to use a variety of aircraft on board such as the AMCA-Navy, upgraded Rafale-Ms and even a naval version of the TejasMk2 (only the current LCA-N has been rejected by the Navy)?

Under no circumstances does the future of Indian air power look meek. The political will and determination of the Prime Minister and Defence Minister cleared the pending Rafale purchase and work on future fighters will proceed with gusto.

The author is a Delhi-based advocate and independent analyst; he tweets @therijuluppal 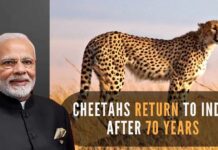 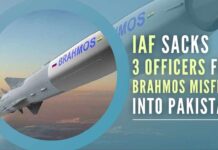 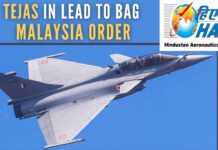