[dropcap color=”#008040″ boxed=”yes” boxed_radius=”8px” class=”” id=””]T[/dropcap]he department of revenue is going after the non-life insurance companies for wrongly availing themselves of Cenvat credit instead of automobile dealers as it is easier to target the former in terms of numbers, a senior official of an industry body said.

“Some errant auto dealers who did not remit the service tax component of the payments made to them for outsourced services have caused the department of revenue to investigate from the insurance company point of view of Cenvat credit. Rather than go after the dealers, the tax authorities have gone after the 23 insurance companies – easier target in terms of numbers,” R. Chandrasekaran, secretary general, General Insurance Council of India, told IANS in an email interview on Wednesday.

The council represents the interests of non-life insurers in the country.

According to him, the show cause notice to the general insurers may be on procedural or documentation shortcomings.

Insurance companies have availed the services from automobile dealers and have paid for the services as well as service tax on such services,” Chandrasekaran said.

He said the insurance companies would attend to the show cause notices and reply to the department and would show proof as requested and furnish all information needed.

“So far they have given the details and documents called for during investigations and would do so even during the show cause notice process,” Chandrasekaran added.

[dropcap color=”#008040″ boxed=”yes” boxed_radius=”8px” class=”” id=””]Q[/dropcap]ueried as to the reason and timing of the insurance regulator setting up a committee to bring clarity and transparency in payouts made to auto dealers when the investigation is being done by the government, Chandrasekaran said: “IRDAI (Insurance Regulatory and Development Authority of India). Is the regulator of insurance business and has set up the committee to see how the systems and practices could be improved.”
According to him, automobile dealers provide details of comprehensive insurance coverage as part of their value added services to vehicle buyers.

“The dealers do get paid for outsourced services (there are IRDAI guidelines on outsourcing) which are not for solicitation of business but for other associated customer service activities which otherwise would be carried out in the office of the insurance companies,” Chandrasekaran said.

“The total payment made, including commission for procurement of business, and the payment for outsources services which varies from company to company based on their cost structure – perhaps the combination of both as a percentage of premium may be referred to in a ministry note… I have not seen this ministry note and hence cannot say anything beyond this,” he added.

The union finance ministry has said the IRDAI regulations do not allow any person other than insurance agents and insurance brokers approved by IRDAI, to sell vehicle insurance policies.

Further the maximum brokerage/commission payable for selling insurance policies is also capped at 10 percent of the premium.

To circumvent these regulations, the insurers ask the car dealers to raise invoices to show that they have provided services such as advertisements, renting of computers/ printers, training, arranging customer awareness programme and others, the finance ministry said.

“As these services were never provided by the car dealers, their invoices are not permissible documents under the CENVAT Credit Rules, 2004, and the Service Tax Rules, 1994, for availing Cenvat credit by the insurance companies.

“These facts have been confirmed by the employees of the insurance companies and the car dealers in their voluntary statements. The estimated incorrect Cenvat credit involved in this case is Rs. 1,200-2,500 crore ($180 million-$377 million),” the finance ministry said.

Chandrasekaran added: “As the matter is already between the insurance industry and the tax authority, the raking up of the issue by the media at this juncture is not necessary.” 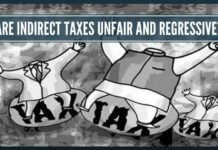 Are Indirect Taxes Unfair and Regressive? 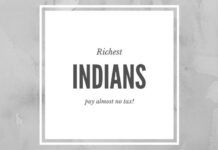