Intellectuals seem to have a penchant for evil

[dropcap color=”#008040″ boxed=”yes” boxed_radius=”8px” class=”” id=””]C[/dropcap]an London fight terror? One has to be extremely optimistic to answer in the affirmative. A city that elects an Islamist Mayor, Sadiq Khan, despite his sympathies with the jihadists being well known, can scarcely hope to live peacefully.

The Met said there was no intelligence to suggest that this attack was being planned, meaning the investigation had been prioritized accordingly

So, there was a third major attack in Britain in the past three months, with three jihadists mowing down and knifing indiscriminately in busy areas, killing seven and wounding 48. BBC reported that one of the attackers, Khuram Shazad Butt, was a 27-year-old British citizen. Born in Pakistan, he “became known to the police and MI5 in the summer of 2015 and an investigation was opened into his behavior after concerns reached counter-terrorism officers.” Yet, little was done to neutralize him.

“One man called the anti-terrorism hotline, while a woman went to the local police station because she was scared Butt was trying to radicalize her children,” BBC report says. “However, the Met said there was no intelligence to suggest that this attack was being planned, meaning the investigation had been prioritized accordingly’.”

Further, a man, “who did not want to be named, said one of the attackers had become more extreme over the past two years. He said he had contacted authorities but no action was taken.”

[dropcap color=”#008040″ boxed=”yes” boxed_radius=”8px” class=”” id=””]N[/dropcap]ow, the police in the UK and other Western countries are not like their Indian counterparts; when some wrong-doing is reported, they act, and act fast, unbothered about phone calls from their higher-ups and politicians. So, what happened to the efficiency of the British cops? The answer was provided by US President Donald Trump’s tweet: political correctness (PC). Encyclopaedia Britannica describes PC as a “term used to refer to language that seems intended to give the least amount of offense, especially when describing groups identified by external markers such as race, gender, culture, or sexual orientation.”

The system doesn’t want to offend religious minorities, and a realistic analysis of Islam’s precepts and practices is ruled out

What began as a nasty war against language—eliminating what Left-liberals thought was offensive to non-whites, women, Orientals and Africans, religious minorities, the LGBT community—acquired a life of its own and transmogrified into a full-fledged ideology. A fascistic, intolerant ideology that brooks no dissent; anybody challenging it a ‘racist’ and, when the subject is Islam, ‘Islamophobic.’

Those whom the gods wish to destroy they first make made; and the civilization that they want to destroy they first corrupt its thought leaders. By gods or otherwise, it is indubitable that those who lord over public discourse, set various agendas, and mould public opinion in the West, as also elsewhere, have been badly corrupted by the PC plague. So, we find academics, media Brahmins, authors, and other opinion makers peddling PC 24X7.

This has translated into security paralysis; since the system doesn’t want to offend religious minorities, and a realistic analysis of Islam’s precepts and practices is ruled out, law-enforcement agencies have been handicapped. Any preventive measure is slammed as racist, Islamophobic, etc. And among those leading the brigade of the politically correct is Sadiq Khan.

[dropcap color=”#008040″ boxed=”yes” boxed_radius=”8px” class=”” id=””]I[/dropcap]n the wake of July 7, 2005, bombings in London, he blamed Britain’s foreign policy rather than Muslim terrorists. Further, as a lawyer, he defended Zacarias Moussaoui, a 9/11 terrorist who admitted to being a member of Al Qaeda. Another Islamist he defended was Azzam Tamimi who threatened violence if the Prophet Muhammed was defamed. The London Mayor has shared a platform with Suliman Gani, a South London imam who favors an Islamic state. Daily Mail reported on April 17, 2016, at a funeral, “he stopped to shake stood out: convicted terrorist Babar Ahmad, a man who has been blamed for inspiring a generation of extremists, including the gang behind the London bombings of July 7, 2005. The pair exchanged brief pleasantries before Khan moved on.”

In his book, Sadiq Khan advised that the police should be charged with “racism” if the certain community was targeted. Evidently, such ideas are not just being spread by sundry intellectuals but also followed in the UK capital, indeed in the entire country.

Frequent attacks in London are the denouement. In a revealing article in www.frontpagemag.com, Daniel Greenfield, a writer focusing on the radical Left and radical Islam, has listed the march of Islamist forces that led to the ghastly attack in Manchester (http://www.frontpagemag.com/fpm/266793/manchesters-islamist-appeasing-police-and-daniel-greenfield).

“While Salman Abedi [the Manchester attacker]… stalked the streets wailing, ‘There is no god but Allah and Mohammed is the messenger of Allah,’ Manchester police were busy with more important things… Mayor [Andy] Burnham and Chief Constable [Ian] Hopkins pandered to Islamists, prioritised Islamophobia and dutifully opposed the government’s fight against Islamic terror.”

[dropcap color=”#008040″ boxed=”yes” boxed_radius=”8px” class=”” id=””]T[/dropcap]he Greater Manchester Police, writes Greenfield, are one of only two police forces to list Islamophobia as a hate crime category. Earlier this year, Hopkins honoured Tell Mama for fighting Islamophobia. “Shahid Malik, the chair of Tell Mama, had been photographed with the leader of Hamas. Appearing at the Global Peace and Unity conference, where plenty of terrorism supporters have promenaded, he boasted, ‘In 2005 we had four Muslim MPs. In 2009 or 2010 we’ll have eight or ten Muslim MPs. In 2014 we’ll have 16 Muslim MPs. At this rate, the whole parliament will be Muslim’.”

Intellectuals seem to have a penchant for evil. During Cold War, they had a soft corner for communism, the violent ideology that killed over 100 million people in the 20th century. Now, they are sympathetic to radical Islam, thus acting as the sappers and miners for the jihadist takeover. Not just in London but in entire Europe. 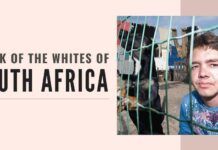 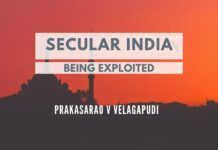 Security tightened outside Gautam Gambhir’s residence as he receives threat from...