[dropcap color=”#008040″ boxed=”yes” boxed_radius=”8px” class=”” id=””]P[/dropcap]rime Minister Narendra Modi has now reportedly turned his attention to employment generation. This is very good, but he must realize that job creation is an indirect consequence of a country’s broad policy framework; it cannot be done just by willing it, or even by launching a few high-profile programmes like Make in India.

“The Prime Minister asks in every cabinet meeting ‘what jobs are going to be created?’ when a proposal comes up for discussion.”

The Prime Minister, reports The Economic Times (May 5), “has directed that all proposals sent to the cabinet must state the number of jobs they can generate, in a renewed bid to push employment generation to the centre of policymaking and project conceptualization. The government… is going all out to ensure it delivers on the promise of creating 1 crore jobs.”

Every proposal that entails some expenditure must lead to job creation and needs to include a jobs estimate, the newspaper quoted Commerce & Industry Minister Nirmala Sitharaman as saying. “The Prime Minister asks in every cabinet meeting ‘what jobs are going to be created?’ when a proposal comes up for discussion.”

While his concern for employment generation is laudable, it has to be backed with a long list of do’s and don’ts. Unfortunately, it is here that the government has fared miserably.

[dropcap color=”#008040″ boxed=”yes” boxed_radius=”8px” class=”” id=””]J[/dropcap]ob creation is premised upon not just decent economic growth but also a policy regime that encourages employers to hire people. Unfortunately, in our country labor laws were framed in an era in which socialism was the reigning ideology and anti-business sentiment was rampant. Despite 26 years of economic reforms, not much has changed in this area, so entrepreneurs are not very keen on hiring people. They favor capital intensive sectors and technologies—which is a pity in the world’s second-most populous country.

Modi has to ensure that his government, as also the state governments under the Bharatiya Janata Party, strives to attract investors

As if rigid labor laws were not enough a dampener to investor sentiment, the unpredictable nature of policy announcements make the lives of businessmen miserable. When Sonia Gandhi ruled the country through Manmohan Singh’s proxy, the vermin surrounding her, the so-called National Advisory Council, kept spewing revenue-guzzling, entitlement-promoting ideas, most of which were against industry.

The Modi regime is much better than its predecessor on this count, but that is hardly a compliment: it doesn’t do much credit to a filmmaker if you say that he is better than Manmohan Desai, the most demented film director Hindi cinema has ever seen. Modi’s demonetization move has shattered the confidence of the investor community in India; they are loath to decisions made at the stroke of a pen; they hate to be surprised.

Businesspersons also hate meddlesome governments, strangling regulations, and nosy inspectors. Many statements and actions of Modi and his ministers fueled rather than allayed such fears. You don’t enthuse the investing community by controlling the prices of drugs and stents, subjecting hotels and restaurants to unheard of stipulations, and making shock announcements like demonetization.

[dropcap color=”#008040″ boxed=”yes” boxed_radius=”8px” class=”” id=””]F[/dropcap]urther, there are concerns about the growing popularity of prohibition among politicians of all hues. This is a move which has failed all over the world, resulting in organized crime and increased corruption. Yet, Modi has done nothing to stem the tide of sanctimoniousness that favors ban on alcohol. Worse, he has praised Bihar Chief Minister Nitish Kumar for banning liquor in his state. Madhya Pradesh Chief Minister Shivraj Singh Chouhan has also announced phased prohibition in his state.

Only brisk economic activity and robust development can create jobs;

Then there are saffron cowboys, running amok since Modi has come to power. They kill and beat up anybody they suspect to be involved in cow slaughter. It is true that several states have laws to check cow slaughter, but that is the responsibility of law-enforcement agencies. At best the saviors of cows can help cops. But they have become violent vigilantes. This is not something any investor would like.

Modi has to ensure that his government, as also the state governments under the Bharatiya Janata Party, strives to attract investors. Only brisk economic activity and robust development can create jobs; good intentions, homilies about employment generation and glitzy jamborees can’t. 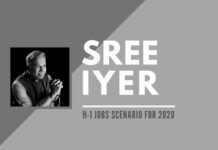 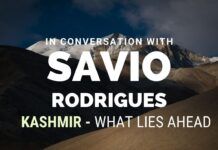 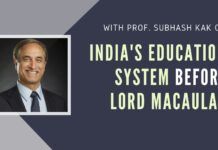