A couple of days ago, former Union Minister and Senior Congress leader Kapil Sibal continued the Congress tradition of labeling Hindus in bad light. Several exposes have talked about how Congress coined and spread the term “saffron terrorism”.

Beating their own low at communal politics, and in perhaps an attempt to divide Hindus, Sibal has now started classifying Hindus into “Asli” and “Nakli”, that is, “original” and “fake” Hindus. Here are a few facts, you judge for yourself, is Sibal “Asli” or “Nakli”.

The time has come for ‘ Asli Hindus’ to rescue Hinduism from ‘ Naqli Hindus ‘ . #AsliHindu

Kapil Sibal and the beef trade

Kapil Sibal’s wife Promilaa Sibal was at once the “queen of Indian beef trade”. Their business thrived and was perhaps one of the biggest slaughter houses in all of India. Their main customers consisted mainly from the Gulf.

The business was carried on under the name of “M/S Arihant Farm House Private Limited” (the Company). Directors of the Company are Arun Khosla, Promilaa Sibal and Priya Marwah.

Arihant Farm House Private Limited’s Annual General Meeting (AGM) was last held on 30 September 2016 and as per records from Ministry of Corporate Affairs (MCA), its balance sheet was last filed on 31 March 2016.

The trio earlier owned another company which was directly involved in slaughter of these animals for export. Arihant Exports Private Limited was registered with Agricultural and Processed Food Products Export Development Authority as a approved Indian Abbaitor/Meat Processing Plant.

As per reports received from our sources, Arihant Exports Private Limited and Arihant Farm House Private limited operated together and mainly focused on slaughter and export of beef respectively. Arihant Exports acted as the slaughterhouse, while Arihant Farm House exported the same. What is to be noted is that both companies share the same address as per the records of the Ministry of Corporate Affairs (MCA).

The role of Promilaa Sibal

Kapil Sibal’s wife Promilaa has been a Director of Arihant Farm since 31 March 1981. A former employee of the Company told us on condition of anonymity that Promilaa manages the Company from C-749 NEW FRIENDS COLONY NEW DELHI -110065.

What is to be noted is that Kapil Sibal’s wife Promilaa Sibal played a pivotal role in both companies. Although Mr Arun Khosla was the CEO of the Company, Promilaa played an important role in managing the operations of the Company.

Promilaa Sibal and Arihant Exports came into controversy after the Jain community in Delhi raised their voice against against the name of the company. The Jains, who are a predominantly vegetarian community refer to those who attain eternal bliss as Arihant, and they had objected to a slaughter house using this pious name.

How Sibal his this business form public eye

A keen look at Kapil Sibal’s affidavit filed with the Election Commission when the contested the 2014 General Elections reveals a complete shocker. Kapil Sibal had deliberately excluded the name of meat business which his wife partially owned and managed.

This move perhaps came after the fierce attacks by PM Modi regarding the beef issue and mutton subsidy issue during the run up to the 2014 General Elections. One must disclose all assets owned, and companies in which one’s spouse has substantial inerest to the Election Commission. Kapil Sibal had failed to do this.

Tell me Mr Sibal, are you Asli or Nakli?

It is only fair for us to ask this question now. The Hindus in India from ages have actively protested against beef. In fact, majority of the country considers beef to be against their culture. So tell me Mr Sibal, are you Nakli or me? 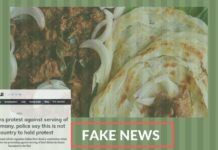 In Defence of Rajni