A cartel consisting of dubious characters masquerading as literary figures is controlling the Indian cultural world and that too with the connivance of some top bureaucrats in the country. Kendra Sahitya Akademi (National Academy of Letters), India’s top literary organisation has been hijacked by Marxists, Maoists, Mullahs, and Metrans (the last two mean Islamic and Christian fundamentalists).

Since most in the Congress Party are ignorant of arts (or didn’t try to dispel that notion), the Communists in India who were anxious to spread the wings of their ideology saw this as an opportunity and infiltrated the  Sahitya Akademi in large numbers.

Sahitya Akademi was formed in 1954 by the then government led by Jawaharlal Nehru to “work actively for the development of Indian letters and to set high literary standards”[1].

Though the then Prime Minister Jawaharlal Nehru did not mention it openly, his idea was to float an organisation like the Progressive Writers Forum in the then Union of Soviet Socialist Republic (USSR). This organisation was nothing other than a propaganda wing of the Soviet Communist Party jam-packed with party members and sycophants of the then leader in the USSR. The thumb rule was that one would be recognised as a writer only if he/ she was admitted as a member of the Progressive Writers Forum. Those self-styled writers who saw the opportunities jumped into this wagon and started penning down novels, poems, short stories and dramas eulogising the leaders of the government as the party.

Nehru, who was passionate about Soviet Style socialism, pursued the pattern he saw in his fatherland and promoted Sahitya Akademi with funds running into crores of rupees. Since most in the Congress Party are ignorant of arts (or didn’t try to dispel that view), the Communists in India who were anxious to spread the wings of their ideology saw this as an opportunity and infiltrated the  Sahitya Akademi in large numbers.

The organisational system and constitution of the Sahitya Akademi were altered to suit the whims and fancies of the Leftists. As mentioned earlier, the Congressmen were busy making moolah in a license raj and the Communists continued to rule this National Academy of Letters. Only those who were in agreement with the party leadership were bestowed with the annual awards for novels, short stories, dramas, poems and what not. But the Sahitya Akademi leaders ensured that recommendations made by Congress leaders demanding that certain persons be honored with awards were accepted without any murmur. The award winners get lakhs of rupees as prize (some say prise) money and their works get translated into all Indian languages at the expense of the Government of India. The returns from the sale of these books go the writers. The luckier ones get more advantages; their works, in spite of being inferior, are recommended as syllabus in schools and universities which ensure them more payments.

The Sahitya Akademi members and governing councils get nominated and elected only with the concurrence of the CPI-M leaders. There was this self-styled poet from Kerala, K Sachidanandan, who ruled the Sahitya Akademi for more than a decade. Sachidanandan could never be considered as a poet in spite of the Comrades projecting him as India’s top-notch poet. While the poems penned down by the likes of Kumaran Aasan, P Kunhiraman Nair, Ulloor S Parameswaran Iyer, Changampuzha Krishna Pillai, Vailoppilly Sreedhara Menon, G Sankara Kurup, Vayalar Rama Varma and others are etched in the hearts of the readers, no one with whom Team PGurus members communicated could remember a single sentence authored by Sachidanandan. “He used to teach poetry in colleges. But he taught with his eyes on the bosom of the young girls sitting in the front row and a textbook in his hands,”  said a well known Malayalam writer who said she had the unfortunate experience of sitting in one of his classes.

Sachidanandan got himself appointed as the secretary of the Sahitya Akademi and the Chief Executive and Editor of the Indian Literature Journal, a position he misused to translate his poems into other languages. During his tenure in Sahitya Akademi (he managed to become Sahitya Akademi secretary through his contacts in the CPI-M which was ruling partner of the UPA -1 government)   Sachidanandan formed his own cartel of people, whose credentials as literary persons itself is dubious and doubtful, nominated them to various bodies in the Sahitya Akademi which determine the annual literary awards.

Only writers with their leanings to Communism, Maoism, Marxism, Christianity and Islamic fundamentalism were and are selected for the awards instituted by the Sahitya Akademi. A little-known writer like Perumal Murugan, known for his lewd literature was selected for the award for his nasty book MATHORU BHAGAN which portrayed all the residents of a particular village in South West Tamil Nadu (dominated by the Kongu Vellalar and Gounder communities ) as being of illegitimate parentage. Though the novel was never discussed by the readers in Tamil Nadu, hell broke out when the English translation was brought out by a New Delhi based publishing house. Since then Murugan is rated in New Delhi and Kerala as Tamil Nadu’s top novelist. The truth is that Perumal Murugan does not figure even in the list of the 100 best writers in Tamil.

This is also a note to those interested in getting Sahitya Akademi Awards. You need not be a skilled or accomplished writer. All you have to do is to write a novel or short story portraying the Hindu religion and India’s Vedic past in poor light. Abuse Lord Rama, Lord Krishna, Sita, Lord Anjaneya using the filthiest words. You are sure to bag not only the Sahitya Akademi award but also titles like  India’s noted intellectual, writer, thinker and philosopher!

How the self-styled intellectuals and liberals hold literary discussions in forums like Lit-Fest (short for literary festivals) and Think-Fests are best proved by one such conclave held at Goa by the magazine by name Tehelka. The event which was held in 2013 November, saw the main organiser Tarun Tejpal getting arrested for sexually molesting a girl who was younger than his own daughter. Since the event happened in November 2013, the protagonists could not blame the  Modi administration as the UPA government was ruling the country at that time. Though there was a change in the Centre in May 2014 and a “right-wing, revivalist, revisionist, conservative, Fascist” government took over power, the situation remains the same as the Marxists-Mullahs-Metran-Maoists-axis continues its hold on all literary and cultural horizons of the country.. How? Why? Who?…. 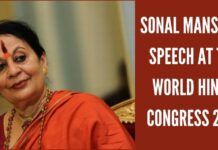 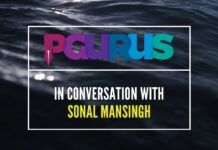 PGurus in conversation with Sonal Mansingh Who funds Pollock? Excerpts from Discussion of Rajiv Malhotra and Sonal Mansingh

Of Gods, Pseudo Gods and Demigods