People say that Madanji’s songs had a sad tinge to them reflecting his own life. This is not entirely true

Today is the birthday of Madan Mohan; one of the most sensitive and less celebrated composers of Hindi film cinema. A man whose immense talent that was not given its due by the industry. The king of ghazals guzzled himself to death…embittered, disappointed and alienated. But for lakhs of his diehard fans, he left behind a rich legacy to be treasured, savoured and revisited umpteen number of times. The appeal was straight to the heart.

No mistaking about it. Take, for instance, the evergreen ghazal “Phir Wohi Sham wohi gam…” (Jahan Ara) sung with so much feeling by Talat Mehmood. It plays havoc with your emotions. People say that Madanji’s songs had a sad tinge to them reflecting his own life. This is not entirely true. Where is the sadness in “Mein Nighahen tere chehre se…”? This song is sufficient to seduce the most frigid female you can encounter.

Though Lata and Rafi were his favourites, Madanji did compose some excellent songs for other artists as well…In this context, “Kaun Aaya Mere Man Ke Dware” sung so effortlessly by Manna Da comes to my mind.

Some of the best songs rendered by Lata were reserved for Madanji, who was her rakhi brother. “Woh chhup rahe toh mere dil ki…”, “Naino mein badra chhayen…”, “Zara si aahat…”, “Ham ye mata-e-koocha…” , “Maine rang li aaj…”, “Bhaiya na dharo….” are some of the immortal Lata numbers which pop up in your melodious mind instantly.
If you think Madanji made only slow songs…the Rafi solo “Tumjho mil gaye ho…” Is sufficient to demolish the myth. It continues to be a crowd-puller in orchestra programs even today.

Madanji, who first dreamt of a career in the army, put in extra effort when it came to deshbhakti songs like “Kar chale, hum fida…” If his romantic numbers took you back to your years of courtship, the sad ones drowned you in melancholy while the patriotic ones made you want to march to the borders.

Thanks a million Madanji for being an inseparable part of our lives and enriching them. 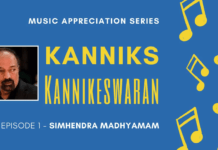