When the Mountbattens left India, most people were joyous that the British finally left India; almost everybody..except you. For obvious reasons! You used to wake up in the morning, shower, get your clothes on, and head out..back home! Now, that was no longer to be.  You were also able to glamorize a known masochist/ pacifist and make him look like a demi-god! Yep, I’m talking about M K Gandhi.  You made some fantastic moves, none of which the people of India have recognized.  Let’s go accomplishment by accomplishment and see what your intent was, shall we, चाचू?

चाचू, forget these fault-finders! They’ll find fault even with the rose you put in your lapel. The truth is, India will never understand that what you’ve done (listed above) is the reason why people admire Narendra Modi and the others! Your name should be prominently displayed in History books as THE ONLY SECULAR PM India ever had! You were born, you claim, an accidental Hindu but had respect for Islam and were an admirer of the western ways (and women).  That made you a TRUE “SECULAR” person! The people that followed after you were really not comparable to you. 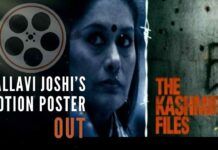 My Letter Series – Dear Rahul Baba, the Potato-Gold Converter is...