This is a unique letter written by a civil servant to a tainted former Minister. This was written in 2015, by Income Tax Commissioner SK Srivastava to the former tainted Finance Minister P Chidambaram, after he returned to service, winning in all fake cases hoisted by Chidambaram. In his scathing 28-page letter, Srivastava details the corruption, immorality, and malpractices committed by Chidambaram. The Income Tax Commissioner writes to Chidambaram to get ready for compensation for his sins committed to the Nation.

“It takes tremendous courage & self-persuasion to stoop to the level where one is forced to interact with a person of your disposition & character but law requires that honour compels to allow you opportunity to atone for your frauds as not even a serial fraudster & scamsters like you should be proceeded against without being forewarned & pride binds me not to act without first informing you about your misdeeds. I do have no option,” said Srivastava in his opening paragraph to the 28-page letter to Chidambaram.

In his letter, Srivastava detailed most of the “frauds, corruption and immoral activities” committed by Chidambaram for the past few decades. He listed Chidambaram’s major corruptions and money laundering in scams starting from Dhabol-Enron to parking of more than Rs.6700 crores in NDTV through 2G & Aircel-Maxis scams and Vasan Health Care money laundering.

“Normally, a few public figures are believed either to be monetarily corrupt or debauched. Rarely a public figure is known to be corrupt and debauched at the same time. But I must admit, you have achieved the rare distinction of being corrupt and debauched simultaneously and have no threat of getting dislodged from that throne of infamy in near future. For the record, the undersigned has documentary evidence of your debauchery & in case you want, can provide the same for your reading,” wrote Srivastava.

Chidambaram started harassing SK Srivastava after he found tax violations in NDTV. Srivastava first found the illegality of lady IRS officer Sumana Sen, who helped NDTV in tax evasions, while her husband Abhisar Sharma was NDTV’s anchor. Chidambaram had ordered 12 probes against Srivastava including fake sexual harassment cases. During UPA’s tenure, even fake mental health certificates were generated against Srivastava. At last, all the charges against Srivastava were rejected by various courts and he was re-instated in Income Tax Department on the orders Prime Minister Narendra Modi. Officers close to Srivastava told PGurus, that Srivastava is planning to initiate a case against Chidambaram for hoisting fake and malicious prosecution.

“In these facts, it is but just & fair that you must atone for your crime & offences by parting with something which is most dear to your heart, i. e. money. I demand that you must compensate my employer Government of India for huge embarrassment and wastage of public money in costly litigation from the First Court to the Final Court and also to me & my wife & children. Should you choose to be wise enough to accept this just and fair offer and I recommend you better be, we may settle necessary details in due course.,” said Srivastava to his former boss Chidambaram, clearly saying he would initiate legal proceedings for the five years long harassment, illegal actions, and mental agony.

According to Finance Ministry officials, after receiving this scathing letter, Chidambaram rushed to all his friendly senior functionaries in the Finance Ministry to initiate disciplinary action against Srivastava. Though some of them mooted actions against Srivastava, Prime Minister’s Office clearly told them not to entertain Chidambaram’s plea. Chidambaram also met with many legal eagles. All advised him that if there is anything wrong in the letter, he may file a defamation case. However, Chidambaram, who already became accused in many cases preferred to keep quiet.

The detailed letter of Income Tax Commissioner of SK Srivastava to former Finance Minister P Chidambaram is published below: 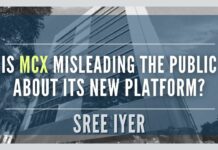 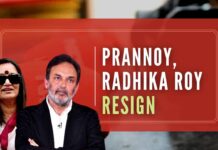 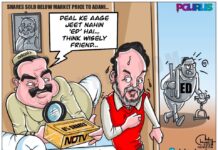 Reforms could get derailed by National Herald slugfest