What becomes of a society that depends solely on what it does with its Capital? Yes, Capital is just a material reality. On its own, it is just there, inert, unproductive. It has to be in the hands of entrepreneurs if it has to be productive. For example, Mukesh and Anil Ambani both had equal Capital, to begin with. Mukesh is multiplying his share, and Anil has squandered his share and even his bail money has to be arranged by Mukesh Ambani.

Both inflation and tax-and-spend cause redistribution of the Capital (wealth of society). Inflation causes wealth to flow from the poorest (farmers and wage earners) to the richest.

It is a tragedy that people refuse to read economics. Laws of economics are brutal. They will give no allowance to Sitharaman’s honesty and patriotism.

So, moderate and controlled inflation will comparatively lead to growth in the economy because wealth is being transferred from the dumb to the intelligent who would put it in entrepreneurial uses and grow it.

In contrast, in the tax-and-redistribute system of Nirmala Sitharaman, wealth is transferred from the intelligent to the dumb who simply squander it away, leading to loss of Capital, and hence stagnation and decline of the economy.

That is why the Land Acquisition Act of Italy was so evil: it increased the Capital cost of projects to unviable levels and caused the transfer of Capital from the productive classes to the drinking classes.

It is a tragedy that people refuse to read Economics. The laws of economics are brutal. They will give no allowance to Sitharaman’s honesty and patriotism. And nobody can control a hungry and unemployed mass of 140-crore human beings.

So, for the economy, the ideal is no inflation and no tax-and-redistribute. Next to the ideal is moderate and controlled inflation. 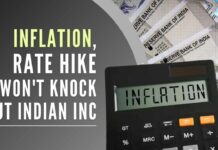 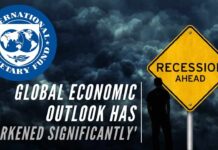