Congress General Secretary Priyanka Vadra’s sleight of hand gesture of offering 1000 buses to the Uttar Pradesh (UP) Government for transporting migrant labour fell flat after the Government asked her to provide the registration numbers of the buses, drivers and conductors. Priyanka perhaps thought she would make an offer to the UP Chief Minister (CM) Yogi Adityanath that would be rejected but to her horror discovered that the wily CM had called her bluff. From that point forward she has been on the back foot. After 24 hours she gave some registrations and they turned out to be of scooters, trucks, and ambulances!

Cat is out of the bag

UP Health Minister Sidharth Nath Singh told media that on preliminary verification, it was found that many numbers belong to scooters. “We have done a preliminary inquiry and it has come to surface that out of the buses for which they sent details, many are turning out to be 2-wheelers, autos and goods carriers. It’s unfortunate, Sonia Gandhi should answer why they are committing this fraud,” said Singh.

Even lying is an art

Friendly MSM to the rescue!

Soon after Priyanka’s bogus claim, many pliable journalists from NDTV put the old photo of hundreds of UP transport buses deployed for the 2019 Kumb Mela claimed that these are the buses arranged by Priyanka and are waiting for the State Government’s approval. Such is the level of journalism! Later, some journalists started putting another video of the buses, and hardly 61 buses were spotted. Most of these buses are arranged by Congress leader Bhupinder Hooda and from Rajasthan, where the Congress party is ruling.

This BusGate reminds one of the now-convicted former Bihar Chief Minister Lalu Prasad Yadav’s infamous Fodder Scam. Investigators found that in Fodder Scam, most of the trucks that claimed to transport lakhs of tones of fodder were found to be the scooters when cross-checked with the bills that contained the registration numbers of vehicles. On Tuesday itself after, after being caught red-handed, Priyanka had a series of communications with the UP State Government on the details of her promised buses. Last heard, out of the list of 1049 buses, only 879 are real numbers of buses and the rest are scooters and auto-rickshaws.

In the evening, Times Now reported that in the preliminary list of details of around 1000 buses given by Priyanka, there were 31 auto-rickshaws and 69 ambulances and trucks.

This is just the beginning

It remains to be seen as to how many of these 879 buses will actually be provided. This saga is just beginning. 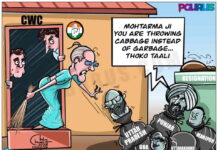 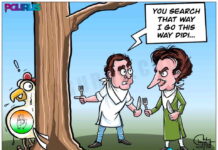