Ministry of Culture and ASI have an important impartial responsibility to build a real India with its original culture.

A country is known for its culture and historical heritage. With the richness of Indian history and heritage, it is somewhat disappointing to see India neglecting their Hindu heritage. It seems that Indian Historians have been neglected by the Indian Ministry of Culture. A recent visit to Bharat by our group of Indian Americans found some glaring loopholes in maintenance and preservation of Vedic Heritage sites particularly connected to Hindus and their faith. It seemed that a particular focus was being given to eliminating Hindu heritage sites through a gradual process of neglect of ancient Hindu heritage sites.

Is a campaign going on to wipe out Hindu archaeological heritage sites and replace them with a false narrative of preserving medieval history? It appears so. Entire South Asia and beyond are filled with relics of ancient Vedic civilization. In a FREE India, it is natural to ask the custodians of Indian Culture, why this discrimination against Hindu Culture and Heritage? Ministry of Culture, led by Shri Prahlad Singh Patel, under whom Archeological Survey of India comes, needs to urgently pay attention. It is well known that culture depends on the History of the land. Why a systemic thrust is being put to erase ancient Hindu History sites? If India does not preserve Hindu heritage sites then who else?

If you look at the Twitter handle of ASI, https://twitter.com/asigoi, you will find that the entire ancient history of Indraprastha has been eradicated. There is no scientific and archaeological emphasis being given to the history of Pandavas and other Hindu heritage sites across New Delhi. It seems that the old historical sites of Pandavas were demolished to make the history of Hindus disappear from the minds of residents of New Delhi. Why this cultural apartheid against Hindus? Probably, Ms Usha Sharma, the current DG of ASI has a lot to answer. The organizations such as the Aga Khan trust based out of Canada have been systematically working with ASI to eliminate Hindu heritage history and promote a version of their history. Hindu leaders and monuments have been neglected to superimpose their versions on the minds of Indians.

ASI has neglected all Hindu Heritage sites in New Delhi and systematically ignored the Freedom Struggle of Indians under Mughal Rule and also other eras.

History creates an identity and it seems that a conscientious attempt is being made to eliminate the Vedic history of India. When Alexander Cunningham formed the Archeological Survey of undivided India, it was obvious that their one of the goals was to make the residents of their colony look inferior and subordinate to their British masters. Also, it was also very obvious that the historians on the payrolls of Islamic invaders of undivided Bharat were paid to look Hindus inferior and lower than their own. But why ASI and Ministry of Culture of India, has continued those policies? With Shri Narendra Modi, the most popular brand ambassador of India, India needs to showcase the real culture of India. Ministry of culture has an important responsibility to also increase tourism to India. India has a real cultural history to tell to the world, and our recent visit to these historical sites don’t tell that history. It looks as if India hasn’t gained independence in the last 70 years. Any country of the world goes a long way to remove their colonial past as much as possible. But India has gone in the reverse direction partly due to cultural corruption in important bodies such as ASI and Ministry of Culture.

The lighting of Mughal era buildings with funding from NBCC, ASI, Aga Khan Trust under the tutelage of the Ministry of Culture, it seems that there is a bias against the ancient history of New Delhi. The old fort of Pandavas looks like a Mughal period monument with the complete destruction of the original history of Indraprastha. The children and future generations of India need to know the full history of India, her conquerors, her defenders and also her victors. Many names of Hindu kings who were the defenders of India have been relegated to the dustbins of unknown. An independent India must glorify their defenders more than their conquerors.

The world comes to India to discover original India. It is for Indians to tell their story. But when Indians tell them propaganda as a story, then the world is automatically bereft of the real glory of India. History creates identity. Looks like there is a program to create an alternative identity of Indians. Ministry of Culture and ASI have an important impartial responsibility to build a real India with its original culture. Failure to do so on their part is almost like sedition against India and abandonment of Indian history.

ASI has neglected all Hindu Heritage sites in New Delhi and systematically ignored the Freedom Struggle of Indians under Mughal Rule and also other eras. It’s time to accurately tell the story of India truthfully without colonial bias of either Mughal Invaders or British Invaders. We will be going to highlight more to raise such awareness.

India is an ancient land and her ancient history must be repackaged and told to the world to attract tourism to India. ASI and the Ministry of Culture have a lot to do in this area. It’s time for Hindus across the globe to work with Sattology foundation to preserve Ancient Vedic History. 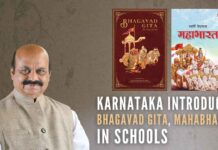 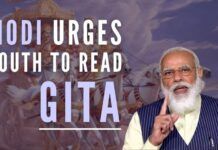 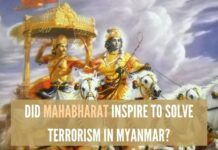