We have all heard of the famous Agnipareeksha, “Fire Test”  that Sita had to undergo after Rama won the battle against Ravana in the Ramayana. It is quite natural if most of us felt more than a little upset to see Rama, a symbol of dharma, “Maryada Purushottam” belittling himself by suspecting his chaste wife. Feminists have used this episode to bash Rama endlessly, and recently, there was a silly fraudster masquerading as an Indologist, who even called Rama a “misogynist pig” ascribing these words to Sita. It was claimed by the said Indologist that her “loose translation” of how Sita rebukes Rama for suspecting her of infidelity allowed Sita to call Rama a “misogynist pig”. The said fake Indologist was promptly taken to task by Indians invested in their stories and heritage and she had to backtrack from her bigoted and racist statement somewhat.

However, we digress from the stated aim of this post. Let us bring the focus back on that. The famed Agnipareeksha of Sita is much discussed and deliberated upon by many and in today’s day and age, it is a little difficult for us to understand how Rama, known as the upholder of dharma would demand in so gross a fashion as an Agnipareeksha, a proof of the chastity of his wife just because she had spent a considerable amount of time in Ravana’s kingdom and indeed his premises.

A new series on the Valmiki Ramayana has just commenced on Amrita TV (Malayalam Channel) and it is a show hosted by Swami Chidanandapuri, the matthadipathi of Kolathur Advaita Ashramam in Kozhikkode, Kerala. Swami Chidanandapuri took his vows as a sanyasi from Mahamandaleshwar Vidyanandagiri Swamiji and studied under Vimalananda Swamiji. He has been described as the modern day Shankaracharya by Mata Amritanandamayi. The series is just in its third week of the telecast and it is a half an hour program on weekdays from 7:00 – 7:30 AM. Swamiji has begun with the Valmiki Ramayana and he says that he will augment with the Adhyatma Ramayana wherever necessary. However, the primary text will be the Valmiki Ramayana. And it is an excellent show for those with a serious and deep interest to understand the Ramayana. The latest episode of this series has Swamiji explaining the verses that Maharishi Narada narrates to Rishi Valmiki on the episode of the Agnipareeksha.

The Ramayana is only the underlining of dharma via the life events of Rama. Any other interpretation is violence against the author of the text.

The Ramayana is basically a text that gives us the message of dharma. It is dharma that permeates this text from start to end and we have to understand that if dharma were to take the form of a personage, that personage would be Rama. This is something that cannot be set aside for even a moment when one reads the Ramayana. The Ramayana is only the underlining of dharma via the life events of Rama. Any other interpretation is violence against the author of the text. The problems arise when one reads the Ramayana as a story of fallible individuals like any of us. Convenient interpretations cannot and should not, therefore, be allowed to dominate the discourse. Also, since dharma is contextual, one can never divorce the context from a particular action and as Swamiji explains in one of the first episodes of the series, every action is accompanied by its own dharma context and is ruled by its own dharma which may be the primary or secondary dharma. He warns that when there is a conflict between the primary and secondary dharma of a particular action, the primary dharma has to take precedence even if it means it brings pain and suffering. As long as both dharmas are compatible, there is no such issue but when the two are in conflict, the primary dharma simply has to be followed. Such instances abound in the Ramayana and Rama is shown in every instance to follow the most appropriate dharmic path for each occasion.

This then brings us back to the situation of Sita’s Agnipareeksha. Maharishi Narada is telling Valmiki about the war which was fought between Rama and Ravana and how Ravana was killed, thus setting Sita free. Swamiji then reads out some verses that are the core of this post. He says that following the defeat and death of Ravana, Sita is free and Rama is overcome by happiness. But very soon, this happiness also gives way to a deep pain because Rama still has to take care of some unfinished business. What is this unfinished business?

It was important that Lakshmana wholeheartedly forgave his wife for her behavior and for the insult of the past.

Sita has been freed and Rama knows that she has never wavered in her devotion to him. But he sees the whole multitude of people silently or openly smirking at him and he knows that they would be thinking about Sita’s chastity. He knew that they must be thinking that Sita almost certainly has been defiled since she has been living in Ravana’s premises for a considerable amount of time. We have to remember that Rama is the upholder of dharma at all times. He could have easily disregarded the public gaze and accepted Sita but there was one problem that needed to be overcome.

What led to the abduction of Sita by Ravana? Sita was overcome with desire for the golden deer in the Dandakaranya. But the golden deer was actually the rakshasa Mareecha in disguise. Despite being warned repeatedly that there is something amiss and that she should not insist, Sita had insisted that Rama went in search of the deer so that she could satisfy her desire for it. Rama finally relented and went in search of the deer but he had given strict instructions to Lakshmana to not desert Sita even for a minute when he was gone. We all know that Mareecha imitated the voice of Rama to signal that he was in some sort of distress to frighten Sita into sending Lakshmana in search of Rama. This would set the stage for the abduction of Sita by Ravana. Lakshmana was initially very reluctant to go and kept imploring Sita to not worry and that he was sure that Rama would come back safe and sound since Rama was not the type to succumb to minions or for that matter, giants. Lakshmana had great faith in the ability of his brother but Sita, overcome by emotion and attachment to Rama, feared that something would happen to him. When she saw Lakshmana obstinately refusing to leave her side, she lost her temper and in that moment of anger, she said many an uncharitable thing to Lakshmana which he should never have been subjected to. She accused him of conspiring with Bharata to kill off Rama so that Bharata could take her for his wife. Worse, she accused Lakshmana of harboring feelings of lust for her himself. These were very grave accusations against Lakshmana born perhaps out of the vanity that Sita felt, regarding her own beauty [Interpretation in italics, ours].

If one were to look at Lakshmana’s role, he had absolutely no reason whatsoever to accompany Rama to the forest given that he was not the one who was banished. He also had a beautiful wife back in Ayodhya who he had left to selflessly serve his brother during his period of exile because he felt that was his brotherly duty. Thus, Sita’s allegations were a grossly unjust accusation against Lakshmana and one that he suffered from badly. He was sure to never have forgotten this insult that his sister-in-law had heaped on him. Rama could never have raised this issue publicly as he was not physically present when the conversation happened between Sita and his brother. But Rama being the knower of all knew that it had happened. It would certainly create a chasm between him and his brother after they went back if the issue was unresolved. Thus, it was important that Lakshmana wholeheartedly forgave his wife for her behavior and for the insult of the past. 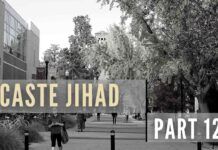 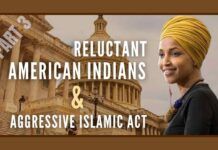