Note: A thorough scientific analysis, apart from being published in peer-reviewed science journals (provided propagandist vested interests do not block it), is now being hosted at TheRationalHindu.com and Dr Premendra Priyadarshi’s blog.

It is unethical in science to deliberately “leak” scientific research before it is peer-reviewed and published. This is the bare minimum standard to follow, especially if a subject is sensitive or controversial. The appearance of pre-print (open peer-review) platforms has indeed made this tricky. That is understandable and unavoidable. However, if the research is neither in a pre-print server, openly for the public to access, nor has been peer-reviewed and published, it is almost always against the science journals’ policy to go to the press before they themselves publish it and/ or publicise it say via a press release or cover article. This is called “embargo” and is almost always a universal practice in science publishing. Yet the so-called reputed science journal called “Science” appears to be encouraging this unethical practice deliberately. Why?

Now, coming to the more serious matter the author has been provided with evidence from some international scientists and professionals that the journal (Science) is refusing to publish corrections to errors in analysis and conclusions in the field of South Asian population genetics recently published in the journal, in an appropriate format and mode. This is nothing short of scandalous. The exposé will come out soon as more data on the scandal is sent to the author from the said scientists and professionals.

Next, coming to a review of the evidence in the “science” (scam) covered in India Today, Outlook, etc. please note:

The Science journal and its Indian sepoy needs to be warned of severe legal consequences if such unethical behaviour will continue and legally arguable frauds are committed.

Note:
1. The views expressed here are those of the author and do not necessarily represent or reflect the views of PGurus.
2. Many thanks to Smt Vijaya Viswanathan for suggesting the title. 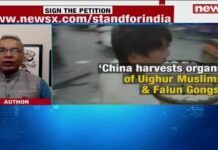 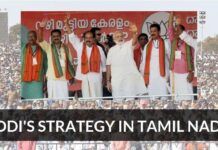 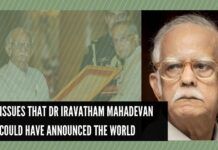 Two issues that Dr Iravatham Mahadevan could have announced the world before his departure.

Was Modi relying on Placebo as a cure to COVID-19?