Noted Music Director, Singer, Comedian and a member of the Aam Aadmi Party (AAP), Vishal Dadlani seems to be a very lucky person. His name figured in the International Consortium of Investigative Journalists (ICIJ) exposé of 2013, in which the names of 498 Indians also appeared. According to the ICIJ’s expose, Vishal Dadlani is a Director of a company known as Sunny Blessing Holding Inc., floated on January 8, 2008 in the notorious tax haven the British Virgin Islands (BVI).

The million-dollar question is who is saving controversial singer Vishal Dadlani?

The ICIJ exposé shows Vishal Dadlani’s Indian address as 15B, Sterling Apartments, 8th Floor, 38-Pedder Road, Mumbai – 400026. This is also the same address as the AAP campaigner and singer Vishal Dadlani. The ICIJ document shows that Dadlani’s firm along with his family members has a bank account in UBS AG, Singapore, One Raffles, Quay 50-01 North Tower in Singapore 048583.

After the revelations of ICIJ, the Income Tax Department (IT) and the Enforcement Directorate (ED) have jumped in and started sending notices to these 498 Indians that figured in the list including a powerful Delhi based IAS officer Rajani Kant Verma, who was the Secretary of Transport and Power. His wife Ritu Verma’s name figured in the foreign bank holder list and she is facing prosecution by the Income Tax and the husband (IAS officer) left service also after this expose. Rajani Kant Verma was a very powerful officer in the Delhi State Government and trusted officer of the late Chief Minister Sheila Dixit during the record purchase of low-floor buses as Transport Secretary. Agencies have found that the commission in the purchases was routed through these BVI accounts.

The million-dollar question is who is saving Vishal Dadlani… Why is the IT department acting shy? Is someone powerful hushing up the probe? Or is any powerful Indian Revenue Service (IRS) close to Delhi Chief Minister Arvind Kejriwal (also former IRS) trying to save Dadlani? 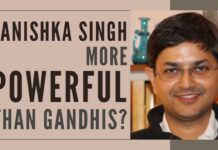 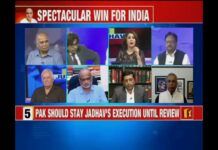 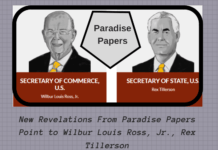 The Ban on CSK is being challenged in the Supreme Court