Islamic Banking based on Shariah laws is all set to enter India in a big way much to the apprehensions and reservations of a major chunk of the population. Though there were attempts to usher in Islamic Banks during the ten-year regime of Manmohan Singh as Prime Minister, the then government had to make a hasty retreat following the order of the Kerala High Court in response to a petition filed by senior BJP leader Dr Subramanian Swamy, former union minister for law and corporate affairs who told the court that the laws of the Reserve Bank of India were totally against the setting up of banks based on religion.

The 2009 November-December issue of Al Huda e-magazine brought out by the Centre for Islamic Banking and Economics had announced that the Islamic Bank would start functioning from 2010.

The then Left Democratic Front (LDF) government in Kerala led by Chief Minister V S Achuthanandan had decided to set up a Shariah law based bank to service the Muslims in the State who constitute 29 per cent of the population. It was decided that the public sector Kerala State Industrial Development Corporation (KSIDC) would hold 11 per cent equity in the venture which will have gulf based tycoons like M A Yusuf Ali (who owns a series of super markets in West Asian and African countries), P Mohammed Ali (another Gulf based Indian who was later arrested by Police in the United Arab Emirates (UAE) on charges of cheating and fraud practices) and some other “prominent” Muslim billionaires.

The 2009 November-December issue of Al Huda e-magazine brought out by the Centre for Islamic Banking and Economics had announced that the Islamic Bank would start functioning from 2010.

“India’s first bank to deal solely in Shariah-compliant financial products will open in Kochi by next year.

It was at this stage Dr. Swamy questioned the propriety of an Islamic Bank in a secular country like India. In spite of the Kerala High Court’s order quashing the move to launch an Islamic Bank in the country, the promoters with the tacit support of the then Manmohan Singh-led UPA government in which the Muslim League had major stakes went ahead and gave permission for the bank to open office in Kerala.

In 2008, Raghuram Rajan, who headed a committee on Financial Sector Reforms appointed by the then government of India had suggested “the need for a closer look at the issue of interest-free banking in the country”.

Thus was born, Cheraman Financial Services, a Non-Banking Financial Company which is the first step towards launching a full-fledged bank. The name Cheraman is significant as it is the name of a Chera King who had ruled the geographic location of Kerala and who got converted to Islam. In history books, he is portrayed as Cheraman Perumal.

The move to launch Sharia-compliant banks was a brainchild of Raghuram Rajan, former governor, Reserve Bank of India. Before being appointed as the RBI governor, Raghuram Rajan had worked as consultant/ adviser to the then finance minister P Chidambaram.

In 2008, Raghuram Rajan, who headed a committee on Financial Sector Reforms appointed by the then government of India had suggested “the need for a closer look at the issue of interest-free banking in the country”.

The committee had said, “Certain faiths prohibit the use of financial instruments that pay interest. The non-availability of interest-free banking products results in some Indians, including those in the economically disadvantaged strata of society, not being able to access banking products and services due to reasons of faith. This non-availability also denies the country access to substantial sources of savings from other countries in the region,” the panel had said.

The fact that India was home to more than 180 million Muslims is being seen as the reason for the push in setting up Shariah compatible banks. The authorities hope to bring the money saved by this segment of the population to the national economy thus giving a fillip to the cash box of the public exchequer.

The central bank had also told the government that introduction of full-fledged Islamic banking with profit-loss sharing complex products may be considered at a later stage on the basis of experience gained in course of time.

The RBI had prepared a report and submitted to the Union Government during the tenure of Raghuram Rajan as the governor giving a further push to establish Shariah compliant banks in India.

According to a Reuters report, the RBI in its 2015 recommendation had called for opening a specialized interest-free window to offer cost-plus financing, deferred payment and deferred delivery contracts, a reference to common Shariah-compliant contracts such as Murabaha and Istisna.

The RBI said it would explore introducing interest-free banking products in consultation with the government, a key detail as this opens the prospects of supportive legislation.

The central bank had also told the government that introduction of full-fledged Islamic banking with profit-loss sharing complex products may be considered at a later stage on the basis of experience gained in course of time.

Cheraman Financial Services Ltd is functioning from Kochi as a non-banking financial enterprise doling out interest-free loans to the Muslim community. But there are many mosques across Kerala doing banking business without any licence or official permission. Since the operations are held inside the Mosque, no legal action could be taken against such entities.

An Islamic organisation by name Jamaat-e-Islami has parked billions of rupees in cooperative banks in Kerala making use of the legal provision that the cooperative banks need not maintain details like the Know Your Customer (KYC) provision or the source from where the [parked money has come.

True to its Islamic style, the Jamaat-e-Islami does not accept interest from these banks. What happens to the interest amount? It is allegedly silently transferred to the accounts of the CPI-M and its leaders as protection money. The CPI-M is finishing off Sangh Parivar activists across Kerala on a daily basis as a symbol of gratitude to the Jamaat-e-Islami.

It is interesting to note that IDB had declared its corporate social responsibility segment months before launching its India operations.

There are many Islamic organizations in Kerala which have massive deposits in these cooperative banks, the interest of which is allegedly transferred to the accounts of the leaders of the CPI-M.

The news that India’s first Shariah-compliant bank will be set up in Ahmedabad is the fall out of Prime Minister Modi’s state visit to UAE and Saudi Arabia in April 2016. The Export Import (EXIM) Bank of India had signed a Memorandum of Understanding with Jeddah based Islamic Development Bank for a $100 million line-of-credit to facilitate exports to IDB’s member countries. It was also announced that IDB would open its first branch in Gujarat and would also offer the country 350 medical mobile clinics as part of its corporate social responsibility.

It is interesting to note that IDB had declared its corporate social responsibility segment months before launching its India operations. Why Gujarat as its first port of call? Hasn’t Indian security establishment warned the Centre of the kind of Wahabi terrorism being exported from Saudi Arabia to countries like India, Israel and the USA?

Dr. Swamy had written two letters to Prime Minister Narendra Modi (dated December 2, 2014) and Urjit Patel, Governor of RBI (February 2, 2017 whose copy is reproduced below) in connection with the setting up of Shariah-compliant banks in India. In the letter to Prime Minister Modi, Dr Swamy drew the attention of the Prime Minister to the move by RBI to give permission to a proposal by the State Bank of India to launch a Shariah-compliant mutual fund . Dr Swamy had described the move as “politically and economically disastrous for the country. I trust that you will ensure that the dubious funds in the Middle East do not enter our country through legally baptized channels of Shariah compliant financial institutions,” said the senior BJP leader in his letter.

It may be a strange coincidence that Dr Swamy had to write to the RBI Governor exactly a year after Aashish expressed his apprehensions and reservations about the move and also asked some important questions on the Shariah Bank.

In a letter to Dr. Urjit Patel, Dr Swamy pointed out to the fact that the proposed Islamic Bank which was to be set up in Kerala had to shut down because of the Kerala High Court’s verdict in response to his petition that setting up of Islamic Bank was illegal under the RBI Act itself.

All Islamic extremist organisations functioning out of Kerala are financed by money sent to India illegally by their masters in West Asia. Hawala is always a flourishing business in the southern tip and has assumed the status of “international banking”!

Aashish Shetty, a technology and financial professional, who regularly writes well thought out columns for PGurus in his February 1, 2016 article Is RBI trying to introduce Shariah Banking Again? had raised some interesting and salient points. It may be a strange coincidence that Dr Swamy had to write to the RBI Governor exactly a year after Aashish expressed his apprehensions and reservations about the move and also asked some important questions on the Shariah Bank.

Team PGurus always stays ahead of others in highlighting the burning national issues. 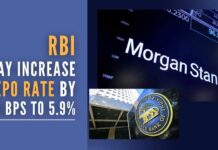 Voluntary use of Aadhaar card in some schemes is allowed: SC