Threads soaked in heroin worth Rs.450 crore were seized from Gujarat port

On Friday, the Gujarat Police said that heroin-coated yarn, estimated to be worth Rs.450 crore has been seized from a container in Gujarat’s Pipavav port, in another major drug haul in the state.

According to Gujarat director general of police (DGP) Ashish Bhatia, the Gujarat Anti-Terrorist Squad (ATS) and the Directorate of Revenue Intelligence (DRI) launched a joint operation after receiving inputs about the presence of narcotics at the port.

Acting on the tip-off, a container was examined having a gross weight of 9,760 kg and was declared to contain ‘thread’ and on a detailed examination on Thursday, out of 100 jumbo bags, four suspicious bags containing threads showed the presence of opiate derivative/heroin.

“The DRI and Gujarat ATS have seized 395 kg of yarn which contained around 80-90 kg of heroin derivative. It is estimated to cost Rs.450 crore. The container was lying at Pipavav port for the past five months and acting on an intelligence jointly developed by DRI and ATS Gujarat, it was examined,” Bhatia said.

Giving details of the modus operandi, Bhatia said the traffickers-soaked yarn in a solution containing heroin. They were then dried, made into bales, and packed in bags. These bags were then shipped alongside bags containing bales of normal threads in an attempt to deceive the authorities, he said.

The Ministry said that it appeared that the drug syndicate followed the method of soaking threads in a solution containing the narcotic drug, heroin, which was then dried, made into bales, and packed in bags.

“These bags were shipped along with other bags having bales of normal threads so that it would go unnoticed by the authorities. The modus operandi, in this case, would have required the extraction of Heroin mixed in the threads. Examination and seizure proceedings by DRI under the provisions of the Narcotic Drugs and Psychotropic Substances (NDPS) Act, 1985 are continuing,” the Ministry said.

Recently, nine Pakistani nationals were also arrested by Gujarat Anti-Terrorist Squad (ATS) in a joint operation with the Indian Coast Guard while trying to smuggle heroin worth Rs.280 crore on the Indian side. The Pakistani boat ‘Al Haj’ was carrying about 56 kg of heroin. 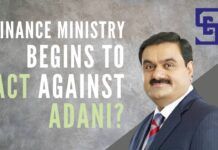 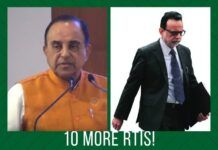