An investigation has revealed that the six Iranian people arrested by the Indian Navy and the Narcotics Control Bureau (NCB) have links to Pakistan’s drug mafia.

The dhow was seized in a joint operation by the Navy and NSC sleuths. The group was taken into custody and questioning revealed their connections and details of their operations

A day after an Iranian dhow with six people on board carrying 210 kgs of heroin was seized off Kerala’s Kochi coast, sources said that the group has links with an international drug mafia that has roots in Pakistan.

According to the information received, a consignment of 210 kg of heroin that originated from Afghanistan was first sent to Iran and then from there, it had to move to other places.

The modus operandi of distribution is that these dhows wait in the deep seas and when the instructions come to them from Pakistan through a satellite phone, the dhow then makes its move. 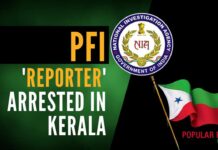 Kerala: NIA conducts search in Kollam, arrests Mohammed Sadik who was working as ‘reporter’ for PFI 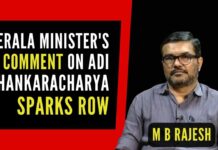