17 acres of land in Semmiyanallur village will impact 400 people

Notably, the land was owned by private individuals but after 1955, this land was distributed among farmers who were the original owners. However, a letter from the Tamil Nadu Wakf Board claiming ownership of the land has created a major issue in the area.

A senior officer with the Tiruppur district administration said, “This is similar to the issue at Tiruchi and the revenue department officials have refused the registration and tax payment on the land after they received a letter from the Tamil Nadu Wakf Board claiming ownership of the land. However, we found nothing in the revenue records that substantiate the claim of the Wakf Board”.

The district officials also said that a detailed study is being undertaken by the revenue department and an advisory would be sent to the Avinashi sub-registrar office based on its findings. According to revenue records, two private persons were the owners of the land that was obtained as “Inam” which means reward. The revenue officials also said that while the names of the two persons who received the land as ‘Inam’ is in the records, there was nothing to substantiate the claims of the Wakf Board. 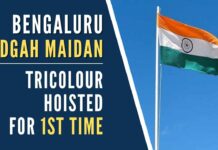 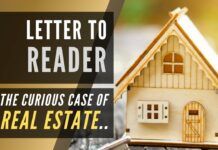 My Letter Series – Dear Reader, The Curious Case Of Real Estate. Yours, Mine & Ours