The All-India Muslim Personal Law Board (AIMPLB) on Monday criticized the Uttar Pradesh government for its “one-sided” action against rioters in Kanpur. The Muslim Body accused the Yogi government of taking discriminatory action against the protestors.

Maulana Khalid Saifullah Rahmani, General Secretary of the AIMPLB, issued a statement saying “unilateral and discriminatory action being taken against the Kanpur violence protesters in Uttar Pradesh is regrettable and condemnable”.

Violence broke out after a group of protesters forced the closure of shops in the Beconganj area after the Friday Namaz.

Meanwhile, the police arrested Siraj Hussain, a resident of Shuklaganj in Unnao for being involved in stone-pelting during the clashes, taking the total arrests to 50. 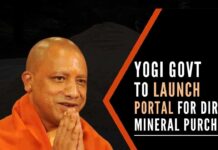