SankhyaSutra Labs, a Bengaluru-based subsidiary of Jio Platforms showcased its products and solutions at the ‘Bharat Drone Mahotsav 2022‘ on Friday. The Reliance subsidiary makes high-fidelity multi-physics and aerodynamics simulation software.

Incubated in 2015, SankhyaSutra Labs has its R&D centre in Bengaluru with target customers across the globe. The company has planned a major product launch in October this year.

SankhyaSutra Labs said it develops next-generation high-fidelity CFD tools that do not use approximate turbulence models.

According to the company, achieving accurate simulation of turbulent flows often required in aerospace and defence designing is a challenging task due to the involvement of multiple scales of swirling motions, also known as vortices.

CEO of SankhyaSutra Labs, Dr. Sunil Sherlekar said in a statement, “When we speak about self-reliance in defence, we often tend to focus on the ability to manufacture various hardware components indigenously.”

He added, “This journey towards self-reliance would be incomplete without indigenous design tools, which are the key enablers of this journey. At SankhyaSutra, we are developing deep technology for India and the world.”

“Accurate and reliable simulations can potentially reduce the need for expensive and time-consuming experiments, such as wind tunnel experiments, which are used in the designing of aircraft,” said Dr. Vinay Kariwala, VP of Business Development at SankhyaSutra Labs.

Reliance Industries Ltd had acquired an 83 percent stake in SankhyaSutra Labs in 2019, with an investment of Rs.216 crore. 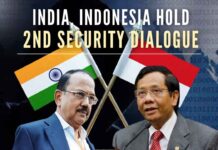 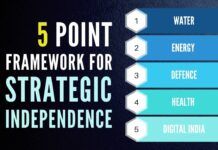