Customs officials nab the man on the basis of intelligence inputs

On Tuesday the Customs officials at Chhatrapati Shivaji Maharaj International Airport, Mumbai said that they seized 90,000 US dollars worth Rs.81 lakh from a passenger who was hiding them between the pages of a book. The recovered foreign currencies have been seized under Section 110 of the Customs Act.

According to the information, the Customs officials intercepted the passenger during the intervening night of January 22 and 23.

The official said that the man was intercepted on the basis of intelligence inputs. When his luggage was checked, it was found that he was hiding dollars between the pages of a book that he was carrying.

On inquiry, the passenger could not produce valid documents to carry such a huge amount of foreign currency. The passenger has been placed under arrest under Section 104 of the Customs Act. The accused was produced before a special court in Mumbai which remanded him to 14-day judicial custody. 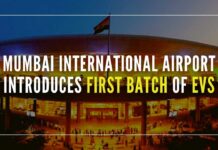