Dispel four of the most deleterious assumptions

While the Indian and Chinese soldiers are eyeball to eyeball at the border, the commonality in India is nowhere close to being in the right frame of mind. An ordinary civilian is living with some very dangerous assumptions which I am afraid will prove to be self-defeating in the eventuality of a full-fledged war.

From preventing India’s inclusion in the United Nations Security Council (permanent membership) to vetoing against India on declaring Masood Azhar an international terrorist, the CCP has been unwaveringly pugnacious.

Let me attempt to dispel four of the most deleterious assumptions:

Assumption 1: “This is just politics. I don’t think the situation is that bad between India and China.”

Yes, as bad as it is, it isn’t that bad yet. But that’s not the point. What is bad is the rate of change.

Escalations, in history, were seldom linear. Escalations are exponential and sneaky. International relations often appear to be under control and reversible, until the day they aren’t.

The diplomatic booboos of the past decade were forgettable. The 2017 Doklam standoff was alarming. However, a rubicon was crossed in June 2020 when 20 Indian Bravehearts lost their lives in Galwan valley. At this rate, taking cognisance of other foreign interests, I wouldn’t be surprised if we witness a major crisis akin to the Cuban Missile Crisis of October 1962 by Q1 2021. To make matters worse, China, despite its foolhardy adventurism, is only our second most belligerent nuclear-armed neighbor.

Assumption 2: “I think it would be a bad decision to go on a war with China.”

This is perhaps the most dangerous of all assumptions.

Today the enemy is not just at our doorstep but, alas, too proximal for our liking! There is no decision to be made when the enemy has already blown the proverbial conch shells. Our enemy has been doggedly pursuing its expansionist goals for decades through String of Pearls, Silk Road, and numerous such initiatives. From preventing India’s inclusion in the United Nations Security Council (permanent membership) to vetoing against India on declaring Masood Azhar an international terrorist, the CCP has been unwaveringly pugnacious.

Assumption 3: “But war will be very bad for the Indian economy. Hence it must be avoided.”

Yes, our economy will likely get a lot worse, as unimaginable as it may be.

So what is the alternative? Let them encroach upon our sovereign land and land illegally occupied by Pakistan? Tell our enemies that we shall never retaliate no matter what? Where are we going to draw the line then (literally and figuratively)?

Collateral damage is an underrated deterrent and an unfathomable concept for many civilians. Remember even on our worst days, our valorous armed forces are capable of doing colossal damage to China. To put it differently, allow me to introduce another concept hitherto unbeknown to many Indians: In order to advance in life, sometimes we can just pull the other person down.

Exactly! Then why are we wasting time envisioning a 1962-style war?

Rogue nations no longer engage in conventional warfare. They resort to Pakistan-style terrorism, or China-style death by a thousand cuts (search “Lingchi”), or KGB-style disinformation campaigns.

Let me be clear, the morale of our armed forces is doubtless sky high. We have living and even serving officers with active combat experience. We are a younger country than China. Our soldiers are widely regarded as the best in the world for mountain warfare. Our navy is mighty in the Indian Ocean. The Union Government appears to be sincerely marshalling as many resources as possible. And recently, again to the credit of the Union Government, the “Quad” has been reinvigorating.

However, we notice that seditious slogans to balkanize India have resurfaced. Up until recently, our attempts to curb money laundering via NGOs were unremarkable. We still import reliant for modern armament. We are rendered defenseless against the propagation of fake news and the misuse of social media. Our industrial capacity in comparison is unsophisticated. As per various news reports, illegal immigrants have multiplied faster than rabbits. And the list goes on.

We as a society must endeavor to paint a few realistic pictures in the eventuality of war, as ghastly as they may be. There is a lot about civilian life that will alter, which an average Indian hasn’t experienced given our demographics. If the intelligentsia fails or refrains from actively communicating, it leaves an opportunity wide open for disinformation.

Prognostications aside, let us ask ourselves, what is it about our collective preparedness today that is so unprecedented so as to match even the manifest reality? 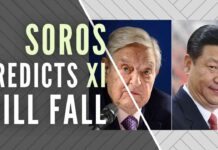 George Soros predictions about Xi Jinping and why they are going to come true, explains Sree Iyer 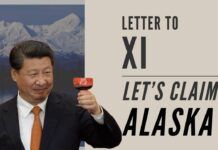 Why the eminent speakers at the press club may be wrong