Rakesh Kumar Mishra has been arrested in Darbhanga district of Bihar for making death threats against Reliance Industries Ltd (RIL) chairman Mukesh Ambani and his family, he also threatened to blow up the hospital. Mishra was arrested from Brahmapura village.

Mumbai police initiated a probe on October 5 after an unknown caller issued death threats to the RIL boss and his family. The call was received on the landline number of Sir HN Reliance Foundation Hospital.

The police have also recovered the mobile phone from which the threat call was made.

“A call was received on the landline number of Sir HN Reliance Foundation Hospital at 12.57 pm today from an unknown number in which the caller threatened to blow up the Hospital and issued threats in name of some members of the Ambani family,” Mumbai Police said in an official statement.

Earlier, in August, a jeweller was arrested after he allegedly called up the hospital and threatened to kill industrialist Mukesh Ambani and his family members.

Among the recent ones was in February 2021 when a sports utility vehicle (SUV) laden with explosives was found near Mukesh Ambani’s south Mumbai residence ‘Antilia‘. 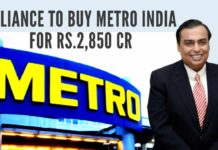