[dropcap color=”#008040″ boxed=”yes” boxed_radius=”8px” class=”” id=””]J[/dropcap]apanese tech giant Toshiba Corporation on Saturday said its group net loss for the business year ending in March will far outweigh that of the previous year’s and may top its record of 398.8 billion yen ($3.29 billion ) logged in the year through March 2009.

The record loss is attributed to the company’s efforts to continue cost-cutting measures to counter the effects of its huge accounting scandal, Xinhua news agency reported.

An official announcement of the company’s losses, amid the worst crisis to hit the company in its 140-year history, may come as early as Monday, company sources said.

Japan’s Financial Services Agency watchdog also said it will prevent Toshiba’s corporate auditor from receiving new contracts for a period of three months, to account for its inability to detect the firm’s huge accounting irregularities.

Toshiba’s auditors failed to detect the fact that its management had been complicit in padding profits for almost seven years, with the revelation coming to light costing the firm 40 percent of its value and meaning that record fines have now been levied on the firm.

President Masashi Muromachi is likely to announce the firm will dump its ailing personal computer and appliance making businesses in a bid to rid the company of its loss making entities and, along with firing thousands of its staff, streamline the embattled firm and attempt to steer it back to profitability, sources close to the matter said.

The auditor’s chairman and CEO Koichi Hanabusa is also likely to step down.

Toshiba, the world’s first company to produce a laptop computer and DVD player, is looking likely to manoeuvre away from the appliances market as competitors like Samsung Electronics Co. and a number of Chinese makers are increasingly dominating the market, causing other Japanese brands like Panasonic and Mitsubishi Electric Corp. to move away from the loss-making appliances businesses. 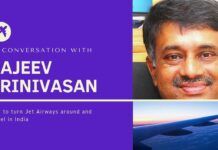 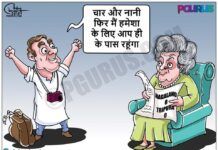