US Fed to announce faster pace of tapering at December meeting

The US Federal Reserve could soon announce in the coming week to speed up the end of its bond-buying program and signal that it expects to start hiking interest rates in 2022.

The Federal Reserve holds its two-day meeting on Dec. 14 and 15. The Central Bank is expected to discuss speeding up the end of its bond-buying program.

It is expected from the US Federal Reserve to announce this week that the Central Bank will accelerate the pace of tapering asset purchases and prepare for raising interest rates in 2022 due to the growing risk of persistent higher inflation, economists have said.

Strategists don’t expect much market reaction unless the Central Bank’s messaging includes a surprise or its forecast for interest rate hikes is more aggressive than expected.

Tiffany Wilding, the PIMCO economist, said in a recent analysis, “The strength of price increases in the November consumer price index (CPI) report released last Friday “reinforces our expectations that the Federal Reserve will announce a faster pace of tapering at the December meeting.”

The Fed is expected to announce a $30 billion reduction in asset purchases starting in January 2022, doubling the pace two months prior and aiming for ending asset purchases in March 2022, after the conclusion of its two-day policy meeting on Wednesday, Wilding added.

“The Fed also publishes updated economic and policy forecasts at the December meeting, and we expect the revised median rate path will imply two rate hikes in 2022, followed by three in 2023 and four in 2024,” she said, adding the Central Bank could signal a rate hike in June from the current record-low level of near zero.

Fed in November began to reduce its monthly asset purchase program by $120 billion by $15 billion. At this pace, the Fed would end its asset purchases by June 2022. But some Fed officials and economists have urged the central bank to accelerate the pace of tapering to give more leeway to raise rates sooner amid inflation pressures, Xinhua news agency reported.

The CPI rose 6.8 percent in November as compared to 2019, the fastest annual pace in almost 40 years, according to the US Labor Department.

“Our view is that the longer inflation stays elevated, the greater the risk that consumers adjust their behaviours in a way that contributes to persistently elevated inflation,” Wilding said, noting the risks of “more persistent inflation” have grown in recent months.

Fed Chairman Jerome Powell said recently that it is appropriate to consider wrapping up the central bank’s taper of asset purchases “a few months sooner” as the risk of higher inflation has increased.

“We will use our tools both to support the economy and a strong labor market and to prevent higher inflation from becoming entrenched,” Powell added at a congressional hearing in November.

US annual inflation will remain above the Central Bank’s target of 2 percent over the next three years amid supply chain bottlenecks, rising wages, and strong demand for goods and services, according to a survey released by the National Association for Business Economics (NABE) last week.

“As we feared, inflation has become more broad-based and will likely remain that way even if inflation abates from the red-hot pace we are currently enduring,” said Diane Swonk, Chief Economist at major accounting firm Grant Thornton.

“Watch closely for inflation in medical and shelter costs to pick up in 2022, even as inflation on goods begins to abate. The great unknown is what role the current (COVID-19 variant) Delta wave and concerns over Omicron will have on supply chains,” Swonk added on Monday in a blog, expecting the Fed to conclude asset purchases in March 2022, which would open the door for liftoff in rates in June 2022 or sooner.

“Powell has made clear that he would like to see some space between the end of the Fed’s asset purchase program and a liftoff in rates, although he is willing to raise rates sooner than June 2022 if need be,” he said.

More than half of the economists in a Bloomberg survey released on Monday expected the Fed to double the pace of tapering to $30 billion a month, starting in January 2022 and wrapping up in March 2022.

“The tapering process has become a straightjacket, preventing the Fed from responding to the higher than expected level and persistence of inflation,” Philip Marey, Senior US strategist at Rabobank, was quoted as saying in a survey response.

“Therefore, they are likely to double the pace of tapering to create the option to hike as early as in March 2022,” Marey said. 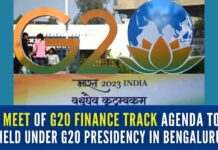 US Fed rolls out another rate hike, warns inflation fight can’t be ‘painless’