The Uttar Pradesh government will soon begin the recruitment process for 40,000 additional constables in its various wings. As per the plan, 34,000 constables will be absorbed into civil police and 6,000 in other units, including PAC, radio, and computer operators.

Uttar Pradesh Police had recently completed the recruitment of 9,534 sub-inspectors in various wings. In the last five years, the state police have recruited 1.53 lakh personnel.

A senior police officer said that the recruitment process coincides with the Prime Minister’s direction to officials of Central departments and ministries to recruit 10 lakh people in the next 1.5 years.

Uttar Pradesh Police Recruitment and Promotion Board DG, Raj Kumar Vishwakarma, said that pending recruitment issues in courts from 2011 and 2013 were resolved after the Yogi government came to power in UP and fresh recruitments had also started.

“Now, we plan to recruit 40,000 more constables, following which the total would go further up to 1.93 lakhs, which is a record,” said Vishwakarma.

The DG said that the recruitment exam will be conducted in winter and the results will be out by next summer, and subsequently, the induction will be done by December 2023. 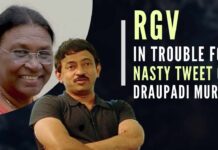