Over one-third — 35 percent — of the teenagers use laptops and 32 percent use tablets to access their favourite websites, said Assocham Secretary-General D.S. Rawat.

[dropcap color=”#008040″ boxed=”yes” boxed_radius=”8px” class=”” id=””]T[/dropcap]”he statistics are sad and worrying. YouTube requires account holders to be 18, but even a five-year-old can easily sign up with parents’ permission. Despite these clearly stated and published age restrictions, large and growing numbers of children between the age of 7 to 13 are using social media networks and access YouTube assistance without their parents’ knowledge and consent,” Rawat said.

The survey by Assocham’s Social Development Foundation (ASDF) of 4,750 parents of children in the age group of 6-13 was conducted in various Indian cities.

YouTube is accessed daily by 76 percent of those below 13 with music video clips being the most popular, and 40-50 percent below the age of nine are also active on other sites.

[dropcap color=”#008040″ boxed=”yes” boxed_radius=”8px” class=”” id=””]M[/dropcap]”inors lack the experience or judgement to use a social network and this raises the scary predators tracking down kids who reveal their age in an online chat, cyber bullying and online sexual abuse,” commented Assocham Health Committee chairman B.K. Rao on the findings.

This is despite government’s strict norms that prohibit kids under age of 13 from joining YouTube, but this is norm daily in tier I and II cities which can lead to negative outcomes, cautioned the Assocham.

“The easy availability of technology with lack of parental supervision is a significant reason for this ever-increasing menace of technology addiction… Having a genuine and transparent two-way communication with children is absolutely fundamental to establishing a safe and positive cyber experience,” Rawat noted.

A noteworthy aspect, which emerged from the survey, was that children of working parents were more technology addictive in the absence of parental supervision, as compared to those whose single parent is working, especially in metro where normally both parents are employed.

YouTube is now the world’s third-most popular online destination and of the 3.2 billion people with internet access, more than 1 billion watch it.

It has more Indian viewers ages 18 to 49 just on mobile than any cable network, adds the survey. 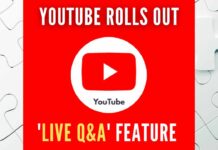 India is gearing up with a “all China target” missile reveals...