[dropcap color=”#008040″ boxed=”yes” boxed_radius=”8px” class=”” id=””]J[/dropcap]apanese Prime Minister Shinzo Abe has spared no effort in his diplomatic maneuver to make a use of major international meetings to serve his own political priorities and agendas.

While attending the sixth Tokyo International Conference on African Development (TICAD) in the Kenyan capital city of Nairobi on Saturday, Abe boasted that Japan bears the responsibility to maintain maritime order based on rule of law, and strengthen security and safety at sea by international and regional cooperation.

The reference to maritime security and freedom of navigation comes as tensions remain high in the South and East China Seas. While trying to politicalize the summit and use it to serve his own political interests, Abe seems to have forgotten that introducing disputes and conflicts in world’s other regions to Africa is the last thing the African people need.

” Actually, Abe had already laid bare his hidden agenda of politicalizing the TICAD summit at a high-level international meeting earlier in the year by trying to make a big fanfare of the maritime issues.

[dropcap color=”#008040″ boxed=”yes” boxed_radius=”8px” class=”” id=””]H[/dropcap]owever, the result is quite some distance away from Abe’s expectation, as participants in the meeting had been reluctant to support his ill-intentioned plan.

At a time when the most imperative task of the African countries now is to promote economic growth and improve the people’s livelihood, it is wrong and extremely selfish to disturb the continent’s development with troubles of other regions.

” Abe’s habit of diverting attention to his own interests, regardless of others’concern, and ramming self-serving priorities into agenda of bilateral and multilateral meetings has drawn tons of criticism.

Japan, with poor deposits of natural resources, has long been interested in tapping Africa’s vast wealth.

At the TICAD summit, Abe also told African leaders that his country will commit billions of U.S. dollars in support of the continent’s development, and stressed repeatedly the so-called “high quality infrastructure construction” of Japan.

[dropcap color=”#008040″ boxed=”yes” boxed_radius=”8px” class=”” id=””]A[/dropcap]ctually, as some observers said, the “high-quality infrastructure” is nothing new, and it is a goal that all the countries should seek to achieve while conducting cooperation with the continent.

When it comes to cooperation with Africa, countries around the world need to bear the interests of African people in mind, and make active and tangible efforts to improve their lives and achieve mutual benefits and win-win results.

Besides “high quality,” cooperation styles, content and projects that actually suit the needs of the continent’s development should also be emphasized during the cooperation process.

Tarnishing other cooperation partners to Africa and use such cooperation with it as a tool to serve one’s own political motives is meaningless and unadvisable.

Meanwhile, local African people, while evaluating its cooperation with other countries, would care more about the implementation and delivery of results than the promises that have been made or goals that have been set.

More than 240 cooperation agreements worth over 50 billion U.S. dollars have been signed since December 2015, when the Forum on China-Africa Cooperation (FOCAC) was held in Johannesburg, South Africa.

” As observers have pointed out, chanting slogans and setting goals at conferences or summits on cooperation with Africa is far from enough. What the countries in the continent really need is working together with them to transform these promises and slogans into reality as well as tangible benefits for their people.

China, as one of the major countries in leading cooperation with Africa, hopes that the continent could have more and more cooperation partners, and it is ready to work together with them to play a positive role in promoting Africa’s socioeconomic growth with an aim to realize common development and win-win cooperation. 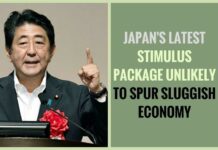 World faces increasing risk of recession in next 12 months, warns...