India’s largest private port operator Adani Ports and SEZ (APSEZ) Ltd has emerged as the highest bidder for the West Bengal Government’s greenfield deep-sea port project at Tajpur in a neck-to-neck fight with JSW Group. APSEZ and Sajjan Jindal-led JSW Group were the only two entities that took part in the financial bid round, though there were more port and logistics majors who had expressed initial interest in the estimated Rs.7,000 crore project in the Purba Medinipur district.

“APSEZ is the highest bidder, offering a share of 0.25 percent of gross revenue. It was marginally higher than the second bidder who offered 0.23 percent,” a senior West Bengal government official said, without wanting to be named. (why fear in naming?) The revenue share will increase to 4 percent, but that will be at a much later date of the concession period, which is 99 years, he said.

The price bid for the tender, floated by the West Bengal Industrial Development Corporation (WBIDC), was opened on Wednesday in the presence of the bidders — APSEZ and JSW Infrastructure Ltd, the official said. West Bengal government expects that the first phase of the project will be completed in three-four years, and it will be operational, the official said.

Adani Group did not bid for the privatization of Kolkata Port’s Kiddherpore dock but is the highest bidder for modernization of Berth 2 of Haldia dock. In less than two decades, APSEZ has built, acquired, and developed a portfolio of ports infrastructure and services across India. Its 13 ports and terminals represent 24 percent of the country’s port capacity.

So in nutshell, Gautam Adani is an expert in dealing with all governments, though he was accused by Opposition parties as Prime Minister Narendra Modi’s favorite industrialist. 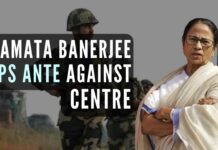