The Government of India has been desperately trying in the last 5 years to sell Air India. On Wednesday it allowed NRIs to own up to 100% stake in Air India.

Why is the government trying to get rid of Air India, just when it appears to be turning the corner? On Wednesday, the Union cabinet gave the nod to allow 100% ownership by Non-Resident Indians (NRI)s in Air India. This is the culmination of a series of attempts by the government in the last 5 years to dis-invest in Air India. The latest cabinet decision is surprising and seen as a desperate measure to once and for all sell off Air India.

By allowing 100% for NRIs in the National Carrier through a Cabinet nod, it is trying to pass on the investment as Domestic and safeguard violation of Substantial Ownership and Effective Control (SOEC) norms. The SOEC is an international standard norm that the Govt enforces on the airline industry. The country where the Airlines is headquartered should be fully or majority-owned by that country’s Govt and balance by its citizens.

This will give the wrong signal by the Govt. in its fight against Black Money, corruption and crony capitalism

According to the present norms which were altered during the UPA regime, 100% Foreign direct investment (FDI) is permitted in scheduled domestic carriers, subject to certain conditions. One is that it would not be applicable to overseas airlines. There are a lot of fine details in the Terms and Conditions in the stakeholding ownership pattern to be adhered to. A Public Interest Litigation (PIL) on the Airline scam is already in the Delhi High Court. The Supreme Court too is hearing an ongoing case against 4 Airlines for its malpractices, Money laundering, stakeholding patterns, dubious partnership, route sellouts, etc. This is separate litigation, a ticking timebomb ready to explode any minute on the Indian Airlines industry.

Is the money being brought in clean?

With potential buyers not seen around nor interested, the Cabinet nod at the eleventh-hour of the Strategic disinvestment process appears to be a weak and ill-advised strategy. Trial and Error methods will further lead to disaster. Most likely, this decision will be challenged in court. Now with this cabinet nod for 100% NRIs holding this raises a serious question, if someone somewhere is being accommodated to buy out Air India? A couple of names are already doing the rounds. Govt should ensure that the whole process is transparent and only money that has been earned legally should be allowed to buy it. NRIs funding to be allowed through FDI might be seen as Black Money finding its way back into India through various channels. This will give the wrong signal by the Govt. in its fight against Black Money, corruption and crony capitalism. The Sale of Air India will not be that easy and wait for a full-blown action in court from certain Corruption Crusaders.

What Air India requires today is a good management team to handle its affairs as an autonomous corporate entity without any Govt interference. Instead of a sell-out, the best option available is to create Air India as a corporation with a 51% stake by the Govt Of India and list 49% stake through an Initial Public Offering (IPO) for Indian Nationals. Privatisation is a sellout and is a game by some vested interests to grab the airlines. 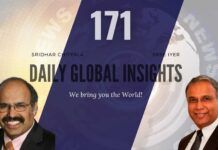 Cairn files lawsuit in US Court to seize Air India assets to recover $1.7 billion award due from Indian Govt. India engages lawyers to...