Launched in 2016, airlines are provided with a ‘Viability Gap Funding’ to keep fares affordable and accessible under this scheme.

The financial incentives in the form of Viability Gap Funding (VGF) are being provided from the Centre, State governments, and airport operators to selected airlines to encourage operations from unserved and underserved airports under the scheme.

The Ministry of Civil Aviation said in a statement on Saturday.

“To date, 381 routes and 61 airports including 5 heliports and 2 ‘Water Aerodromes’ have been operationalized under the UDAN scheme.”

The announcement was made on the day when Sindhudurg Airport also known as Chipi Airport in Sindhudurg district of Maharashtra was inaugurated by Civil Aviation Minister Jyotiraditya M. Scindia, under the UDAN scheme.

This inauguration marked the commencement of the 61st airport under the scheme and successful operationalization of the 381 routes under Udan.

People can now fly at ease by opting for a flight of 85 minutes from Sindhudurg to Mumbai while earlier they were forced to opt for a road or train travel of more than 10 hours between these two cities.

Accordingly, Alliance Air was awarded the Sindhudurg-Mumbai route under the UDAN 3.1. 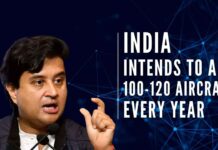 India can be a leader in the area of drones, govt has announced new policy: Aviation Minister Scindia 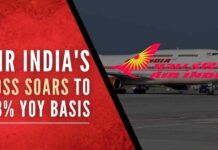