Justice Manmohan on the request of Uber India granted time to app-based companies to shift from diesel-based taxis to Compressed Natural Gas (CNG) to ply in Delhi. These companies can ply diesel taxis from point to point in the national capital till March 1.

The court also asked the companies to give details with regard to the manner in which they will phase out their diesel cabs by March 1.

The court was hearing a contempt plea of the Association of Radio Taxis against Ola and Uber, claiming their cabs were still plying on the city roads despite a single judge’s July 29 ban order as well as a division bench’s August 11 decision upholding the ban.

[dropcap color=”#008040″ boxed=”yes” boxed_radius=”8px” class=”” id=””]T[/dropcap]he court said companies like Uber and Ola, which are willing to give an undertaking that they will phase out their diesel taxis within stipulated time frame, will only be allowed to operate till March 1.

The court said but those companies which will not give an undertaking with regard to phasing out of their diesel cabs for them, its July 29 order has to be enforced strictly.

“Uber voluntarily state that they will shift their vehicles operating on point to point basis within Delhi to CNG fuel mode, provided they are given time till March 1, 2016,” the court said in its order.

“The statements are accepted by this court and they are held bound by the same. Uber also directed to file the affidavits within a period of two weeks placing on record a monthly schedule according to which they intend to phase out the diesel vehicles on or before March 1, 2016,” it added.

[dropcap color=”#008040″ boxed=”yes” boxed_radius=”8px” class=”” id=””]M[/dropcap]eanwhile, the court also slammed Delhi government for not been able to implement its January 1 order banning the operation of app-based cab services till they complied with the guidelines of the Radio Taxi Scheme of 2006, amended on December 26, 2014.

“It’s improper for the government to impose ban when you cannot implement it,” the court said, adding that the first place imposing a ban is not a practical solution because at the end the public suffers.

It said that at least one chance should be given to these companies as they are willing to shift to CNG.

“Entire public transport will be shifting to CNG, so some time needs to be given to them, otherwise the public will be put to inconvenience. I do not want public to suffer,” the court said. 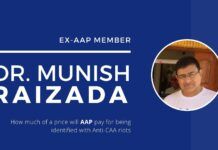 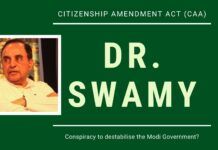 Dr. Swamy on why CAA protests are a conspiracy to destabilise India