[dropcap color=”#008040″ boxed=”yes” boxed_radius=”8px” class=”” id=””]A[/dropcap]run Shourie was a World Bank Economist, Executive Editor in Indian Express penning many fiery investigative articles about the excesses during Emergency, and an important former Minister (under Vajpayee) who earned a very good name as efficient and honest, before he retired from active politics, only to return to just before the 2014 Elections.

If the goal of Arun Shourie is to point out the follies of Modi to get Modi to perform better, the thrust of his articles and interviews would have been positive

He has a place in the history of contemporary Indian politics. He was expected to play an important role in the Modi Government, but that was not to be. He has since been one of the staunchest critics of Modi.

If the goal of Arun Shourie is to point out the follies of Modi to get Modi to perform better, the thrust of his articles and interviews would have been positive, but they are offensive and vitriolic. So, he appears to believe that Modi Government should go, and perhaps we will hear more from him on this in the months and years to come.

Whether Shourie believes a Rahul, Mulayam, Mayawati, Mamta or a Lalu will be a better alternative is not clear. Even if a Nitish were to become an alternative, he can only do so as part of a Mahagatbandhan with these people.

[dropcap color=”#008040″ boxed=”yes” boxed_radius=”8px” class=”” id=””]A[/dropcap]run Shourie’s criticism of Modi as a fascist and being vengeful are at gross variance from the perception of the people; surely, such views are always subjective, and open to question. And so are his beliefs that Modi has failed on all fronts. Shourie believes that Modi has done nothing meaningful in his 3 years in office. I have a counter-narrative in the form of this article: No Achhe Din, Yet Modi’s Popularity Is Rising; Why? ( https://www.pgurus.com/no-achhe-din-yet-modis-popularity-rising/ )

People believe Shourie’s views are substantially different from what they see and experience in their own lives, and so reject his views. He may believe that people are too naive to know and try to mobilise ‘liberal’ intelligentsia and media to educate the people. Though I believe people would still reject such out-of-sync views, it is also necessary for those who disagree with Shourie to keep countering them at every opportunity. Just as he has a right to tell, the others have an equal right to rebut. We may be called bakths (though it is not true), so what?

Coming to the successes of Modi Government, aam aadmi has benefitted from 24X7 electricity even in remote villages, easy low-cost Mudra loans (which has translated into some kind of subsistence income for the 8 crore beneficiaries), Jan Dhan bank accounts for everyone, Rupay Cards, subsidised LED bulbs, free cooking gas connections to 2 crore poor families, Beti Bachao – Beti Padao scheme, toilets through Swachh Bharat, women as beneficiaries of many Government schemes, financial aid to pregnant women, doing away with interviews for Class 3 and 4 jobs, etc.

Though schemes for the farmers such as e-Nam, mandis, neem coated urea (ensuring availability of urea to genuine farmers), low premium crop insurance etc are beneficial, a lot more needs to be done given the enormity of the farmers’ problems. The Government is aware of this and is working seriously on this. Implementation of OROP for defence services is also a huge accomplishment.

[dropcap color=”#008040″ boxed=”yes” boxed_radius=”8px” class=”” id=””]T[/dropcap]here are other successes and work-in-progress which are not individual-centric, but community and nation-centric, like GST, low-cost housing, highways to rural roads improving road connectivity, Sagarmala and Bharatmala, expansion of airports, railways, smart cities, broadband connectivity and more.

Increased fillip to FDI in Defence and other high end sectors, lower income tax rates for MSMEs, self-certification of documents at application stage, Insolvency & Bankruptcy laws are other important accomplishments.

Transparent e-auctions of coal and spectrum, and infrastructure development projects and other public procurement policies have minimised big ticket corruption; so, Modi has ensured his Council of Ministers are seen as fairly clean.

Is Arun Shourie disputing all these?

No one says Modi has brought in ‘ache din’ or he could not have done more. With all his imperfections, Modi is the best bet we have today for PM. No other leader with a similar vision without personal motives is around. The moment most leaders in power look at any project, the first thing they think is, “how can I milk it?” In such a backdrop, Shourie’s assessment appears to lack balance and fairness.

[dropcap color=”#008040″ boxed=”yes” boxed_radius=”8px” class=”” id=””]B[/dropcap]e that as it may, Arun Shourie’s elaborate views on Modi were expressed in a recent interview published in the Wire ( https://thewire.in/98900/decentralised-emergency-pyramidal-mafia-state-arun-shourie-modi-sarkar/ ). We’ll critically analyse some of his key criticisms of Modi, and see my counter-narratives.

Arun Shourie is not into social media and doesn’t seem to understand how they work. Modi is unlikely to even know who all he’s following, since it will be a team that would be posting on behalf of Modi

Criticism: Modi is following some trolls of Arun Shourie who made despicable statements about Shourie in social media, and Modi even recruited them into BJP’s IT cell.

Arun Shourie is not into social media and doesn’t seem to understand how they work. Modi is unlikely to even know who all he’s following, since it will be a team that would be posting on behalf of Modi, under his broad guidance. Is it possible that due to Shourie’s bias, every action/ inaction of Modi appears intentional?

Criticism: “Just see now in Rajasthan, the Rajasthan Patrika has been denied advertisements by the state government because they wrote something about the central government.”

[dropcap color=”#008040″ boxed=”yes” boxed_radius=”8px” class=”” id=””]I[/dropcap]f this is true, it is wrong, though all the political parties have been doing it all the time all these years. So, why single out Modi? No politician has been targeted so much in independent India like Modi. In his place, almost any other politician may have treated their opponents far worse. In any case, how does Shourie know that Modi has instructed Rajasthan Government to do this? When it comes to Modi, is he presumed guilty unless he proves otherwise? Arun Shourie should introspect.

Criticism: It’s a decentralised emergency. What we are going towards is a pyramidal decentralised mafia state, where local goons will belabour anyone whom they think is doing something wrong… (Earlier) I supported V.P. Singh despite the warnings of Chandrashekar, who told Cho Ramaswamy that he’s a very dangerous man…”

If Shourie misjudged V. P. Singh then, is it possible that he’s now misjudging Prannoy Roy & co as clean and denouncing Modi?

[dropcap color=”#008040″ boxed=”yes” boxed_radius=”8px” class=”” id=””]I[/dropcap]ncidentally, it has been broadly acknowledged that Cho was a very good judge of people. He didn’t back V.P. Singh, but he backed Modi till his death; he has answered most of Shourie’s objections about Modi in the Tughlak magazine.

Is Shourie justified in using strong words like ‘decentralised emergency’, ‘mafia state’, etc to describe a few sporadic incidents which, in any case, are law & order issues to be handled by states? Are these clear indications that his bias against Modi today is shrouding his eyes? All the three firms that invested Rs.45,000 crores in Gautam Adani’s companies have the same address in Mauritius. Who are the owners of these... 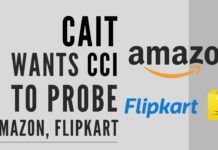 Thanks to BBMP, Is Bengaluru a dead city?