The Yogi Adityanath government in Uttar Pradesh is setting up industrial corridors along both sides of the Lucknow-Faizabad-Gorakhpur four-lane national highway within the 65 km periphery of the Ayodhya Development Authority’s (ADA) jurisdiction.

The last master plan of Ayodhya expired in 2001. Thereafter, several attempts were made to prepare a master plan but it could not be done.

The bus terminal in Ayodhya, two more bus terminals on the highway, Maryada Purshottam Sriram Airport, green township, and medical college among others are part of Ayodhya’s development plan.

The industrial hub will spread over 100 acres and will be a part of the Ayodhya Master Plan 2031 that is being prepared by the ADA.

Unlike other development projects, the ADA will not acquire land from farmers.

“Industrialists will directly buy plots from landowners and ADA will provide infrastructure. The industrial hub will cover an area of 100 acres,” he said.

The new master plan extends from the ring road with proposed industrial corridors along both sides. Around 114 development projects approved by the state government have been incorporated into the master plan.

Amid the construction of the Ram Mandir, Ayodhya is undergoing a makeover with modern infrastructure and facilities. The town soon will have grand gates called ‘Ram Dwars‘ at all entry points along with gardens invoking the ambiance of ‘Treta Yug‘.

Principal secretary, housing and urban development Deepak Kumar said that project deadlines will be met on a war footing. 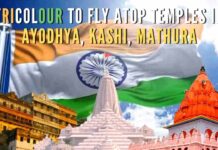 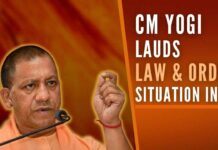